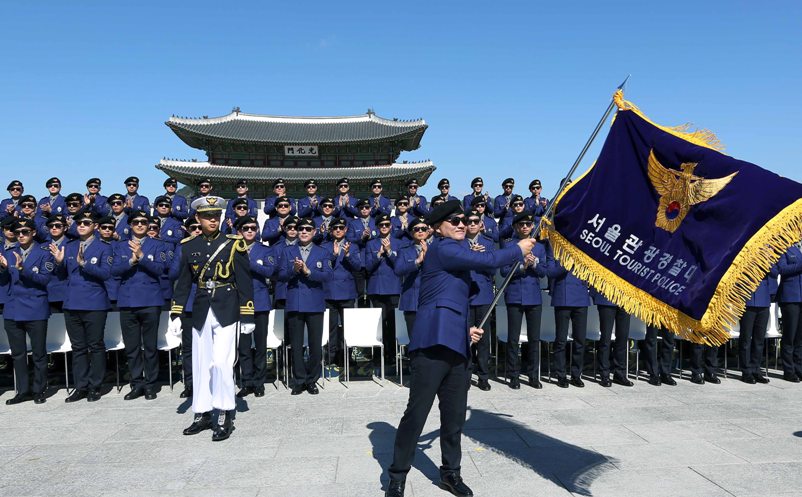 Thanks to the Tourist Police, the number of complaints by foreign tourists is also on the decline. (image:The Ministry of Culture, Sports and Tourism)

SEOUL, Korea, Jan 24 (Korea Bizwire) – The tourist police force, intended to protect foreign tourists visiting Korea and make their stay as pleasant and convenient as possible, has celebrated its 100th day anniversary since founding on January 23. According to the Ministry of Culture, Sports, and Tourism and the National Police Agency, the Tourist Police were deployed in seven areas within Seoul including Myungdong and Namdaemun and have provided more than 9,000 services to foreign visitors.

Most of the service cases involved answers to direction and tourist information inquiries. Of these, however, 96 cases were related to unscrupulous tour guides, price gouging by taxi cab drivers, and excessive hawking by street merchants.

Thanks to the Tourist Police, the number of complaints by foreign tourists is also on the decline. The total number of complaints received through “1330 Hotline” run by the Korea Tourism Organization for little more than three months from October 15 to January 20 was 243, down 24.3 percent from 321 the same period a year ago. The number of inbound foreign tourists in 2013 has increased 12.5 percent from 2012.

Kuh Tae-gyun, president of the Korea Tourist Guide Association, said, “We have tried in vain for years to prevent the incidence of complaints originating from the use of unlicensed guides. But thanks to the hard work of the Tourist Police within fewer than 100 days since founding, such cases have been reduced so much.”

Lee Dong-hee, president of Myungdong Tourist District Council, concurred, “The response to the new police force by the foreign visitors was so positive. I expect the policemen could play an important role to keep hawkers and swindlers at bay.”