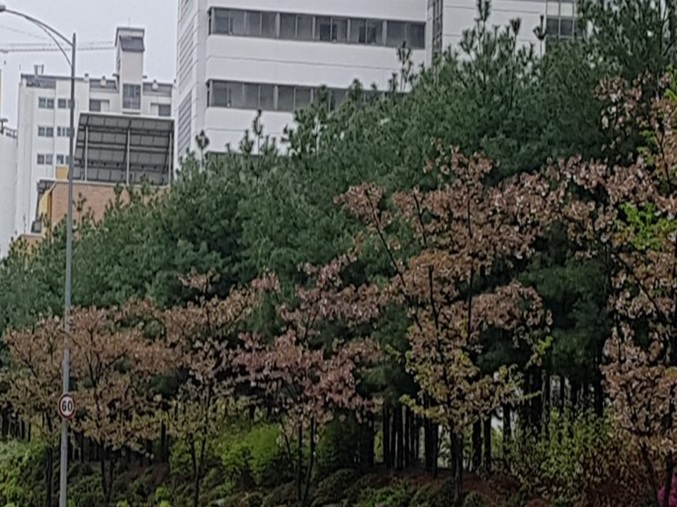 The public housing company said it will be installing vines on the lower floors of building exteriors in the 856 housing projects under its management. (image: Seoul Metropolitan Government)

SEOUL, May 18 (Korea Bizwire) — As public concerns over fine dust continue to rise, the use of a type of photocatalyst paint has been proposed to combat air pollution.

The paint, applied to the exterior of buildings, would break down the polluted substances by absorbing light, catalyzing the paint’s clean-up function.

Another idea to fight fine dust involves growing ivy on the first, second and third floors of buildings, as the plants will help absorb the dust.

These and other ideas were announced yesterday as part of fine dust reduction measures proposed by the Seoul Housing & Communities Corporation.

The public housing company said it will be installing vines on the lower floors of building exteriors in the 856 housing projects under its management.

Photocatalyst paint will be applied to a select number of buildings from the fourth floor upward.

While the paint will be applied on a trial basis, the painting project will be expanded to include all buildings if the measure proves effective.

In addition, the city government of Seoul is in the process of developing road pavement that will reduce car exhaust fumes using similar photocatalyst technology.