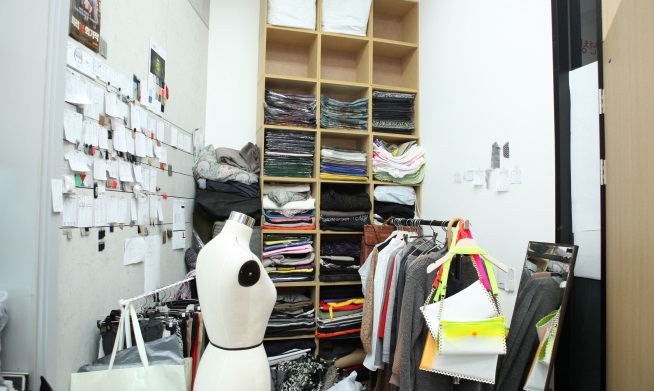 In the fashion industry, people have to work 15 to 18 hours a day for two to three weeks during the two peak seasons every year. (image: Seoul Metropolitan Government)

SEOUL, Nov. 25 (Korea Bizwire) — Starting next year, the government-imposed 52-hour workweek will also be implemented for small and medium-sized enterprises.

But reasonable work hours remain nothing more than a pipe dream for the Dongdaemun clothing industry, industry workers say in unison.

In other words, even if a company does not follow the law, it cannot be prosecuted unless one is determined to quit his/her job for good in the close-knit Dongdaemun industry.

In the fashion industry, people have to work 15 to 18 hours a day for two to three weeks during the two peak seasons every year. In many cases, working hours amount to 100 hours a week.

However, it is hard to expect workers to get paid for overtime, not to mention meals and transportation costs.

Only two large companies can compensate workers with overtime pay in the industry. One well-known fashion group has set up field beds in its medical office, leading to what it calls “no-pay overtime.”

Some designers complained that they cannot get away from their work even when they are on vacation or in the hospital.

Despite the maltreatment and terrible work conditions, veteran designers with 15 years of experience earn between 3.5-4 million won (US$2,980-3,400)per month.

Therefore, there are many designers who give up being full-time employees and work for between 1.8-2 million won a month as freelancers.

“There are many companies that do not pay proper wages even though they have enough money,” one female designer said. “I had to file a complaint with the labor office three times.”

Experts point out that as freelance hair designers are improving and raising their status, there should be more workers raising their voices for legal and administrative relief on their own in fashion industry.

“Even if fashion designers work as freelancers, they are highly likely to be legal workers if they are assigned to certain companies and provide them with specific work instructions,” said Lee Jung-hoon, head of a labor law firm.