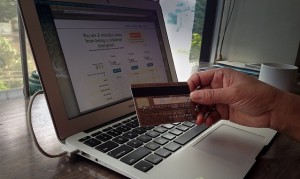 All Korean retail sites require their customers to go through the cumbersome process of installing the ActiveX software.(image:itsmeritesh@flickr)

SEOUL, Korea, Jan 06 (Korea Bizwire) – So many of us Korean online shoppers have experienced frustration over the complicated and endless process of installing security patches before paying for what they are buying. Most of them give up and instead opt to buy things on mobile sites which are easier to access and pay. How are overseas shopping sites? Are they this convoluted and time consuming?

But all Korean retail sites require their customers to go through the cumbersome process of installing the ActiveX software. The reason for this requirement, according to the retailers, is that credit card companies demanded it. Last year when Internet bookseller Aladdin introduced a simplified payment solution while fully complying with the ActiveX requirement, however, the credit card companies denied the online bookstore the privilege to use their payment systems, arguing that the solution is vulnerable to hacking because credit card’s expiration dates are stored on the servers of payment settlement service companies.

Right after the news report that Amazon may make forays in the Korean online retail market this year, so many comments like “I want Amazon to get rid of ActiveX” have appeared on Facebook and other social networking sites. If Amazon indeed lands in Korea and begins a service completely bypassing domestic credit card company networks, it would really have serious repercussions.