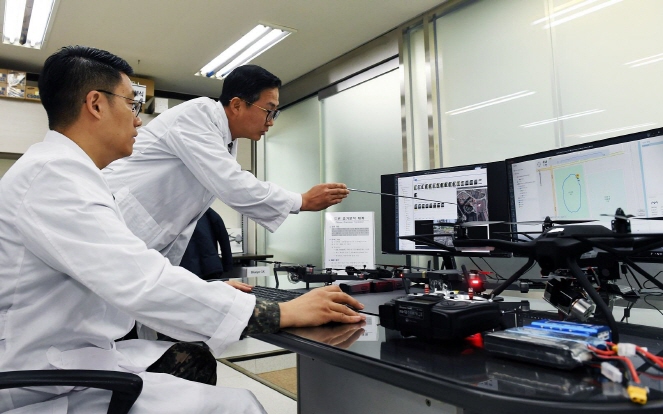 The armed service’s Central Investigation Group introduced the system for the detailed analysis of crimes and accidents involving drones. It has also started to use military drones to investigate accidents on steep cliffs and other dangerous locations.

The forensic system is designed to analyze video footage available online of military facilities taken by without permission commercial drones and produce detailed information about the drones’ flight altitudes, speeds and locations, the Army said.

“The Army’s military police will focus on more accurate and reliable scientific investigation by utilizing new technologies from the fourth industrial revolution,” an Army official was quoted as saying in a press release.

To launch the new system, the Army conducted research with a local firm specializing in aeronautical engineering and digital forensic analysis from March to December last year.

In recent years, the Army has been striving to capitalize on cutting-edge technology such as big data, virtual reality and robots to overcome a series of challenges that include the planned troop drawdown and uncertainties in the security landscape.

South Korea plans to pare down its total troop numbers to 500,000 by 2022 from the current 599,000 under a reform plan aimed at creating a smaller yet stronger military based on technological advancements.