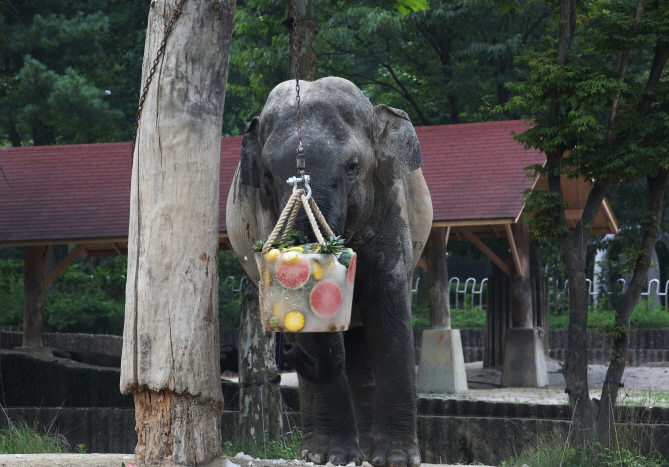 The Asian elephant named Gazaba, born in 2004 in Sri Lanka, had made the zoo its home since 2010 when it was donated by the Sri Lankan government.

Having been a very healthy elephant, Gazaba started displaying aggressive behavior with the onset of the mating season around June 20, which prompted zoo officials to separate him from a female elephant and its offspring.

During mating season, a sexually mature male elephant produces bodily secretions that cause loss of appetite, frequent urination and aggressive behavior. At times, male elephants end up getting hurt, unable to control their own vigor.

As Gazaba showed heightened sensitivity, zoo keepers tried to help the elephant relieve stress through positive reinforcement training, swimming in the pool and cooling him off by giving him showers.

From August 2 onward, Gazaba was observed to be out of control and extremely restless. On August 4, the elephant started to refute positive reinforcement training and refused to go indoors.

On August 5, Gazaba seemed to communicate with the female elephant and its offspring over the fence before collapsing to the ground at around 4:55 in the afternoon.

The medical team tried to provide first aid to the elephant but by 7 p.m., Gazaba was already unconscious and eventually died. An autopsy was performed the same day, but nothing seemed visibly wrong. 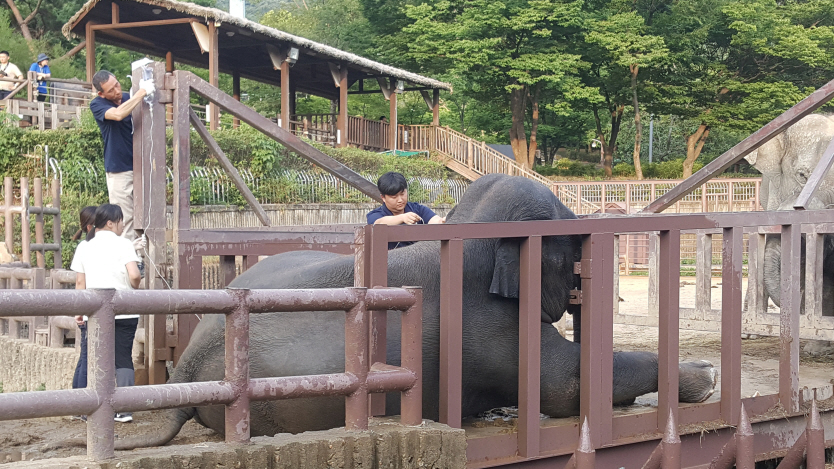 The zoo has collected samples from Gazaba’s heart, lungs and liver to carry out tests, which have yet to be completed.

An official at the Seoul Grand Park said that the reason for death is still undetermined. “It could be mix of stress and the heat wave,” said the official.