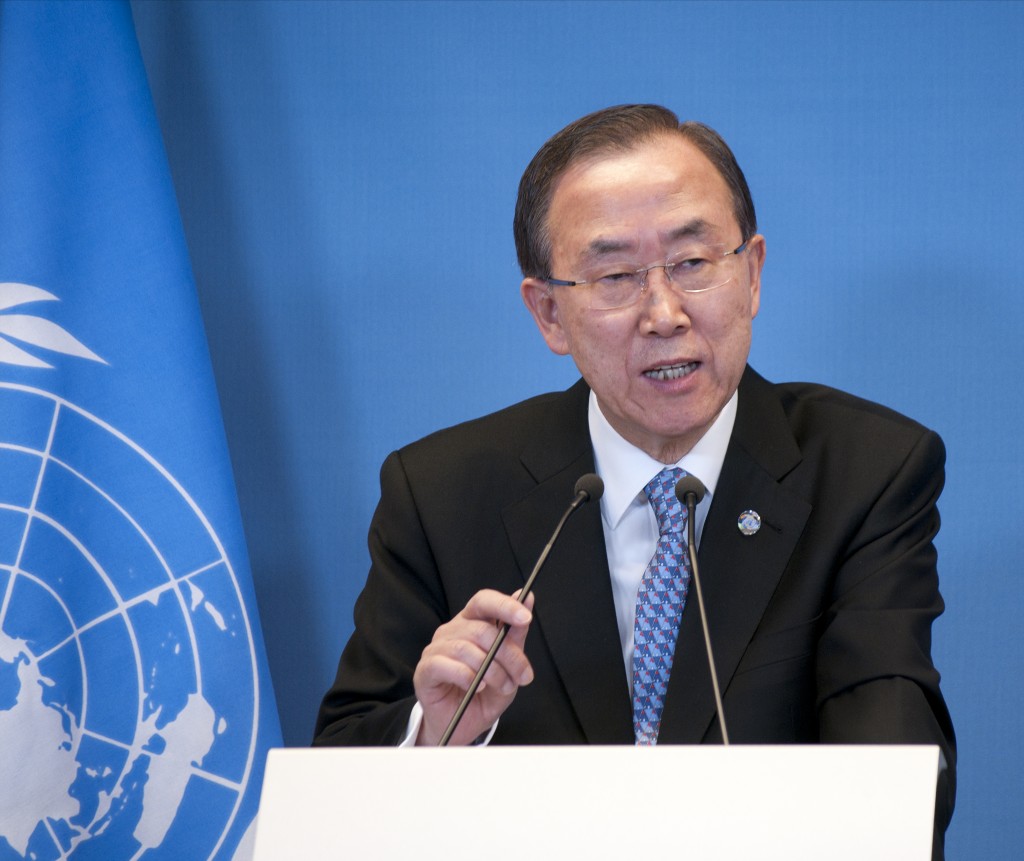 Ban has no experience in the cutthroat melee of Korean party politics, at least not recently. The last official service to his home country was as a foreign minister, a position that he was appointed to in 2004 under the Roh Moo-hyun administration. (image: Wikimedia)

SEOUL, Dec. 30 (Korea Bizwire) – On Friday, the 8th United Nations Secretary-General, Ban Ki-moon, made a final commute to his office at the UN headquarters in New York, and will soon be passing the baton to his successor António Guterres.

Although he has yet to say the words out loud, the departing Secretary-General made it pretty much clear that he will be a candidate in the next South Korean presidential election – which may take place as early as June of next year if the Constitutional Court rules for the impeachment of controversy-embroiled President Park Geun-hye – when he said on December 21 that he’s “ready to sacrifice himself for his country”.

So far, Ban seems to have a fighting chance.

A recent poll from Real Meter showed that Ban leads other presidential hopefuls with a 24.5 percent approval rating, just ahead of Moon Jae-in (22.8 percent), the former opposition leader of the Minjoo Party of Korea, and Park Geun-hye’s adversary in the last presidential election.

It seems that the man who has served two terms as UN Secretary-General hasn’t gone unnoticed, and there are many Koreans who seem eager to pin their hopes on his experience as a global political leader, seeing him as well-qualified to be a presidential candidate.

However, there are more than a few setbacks that Ban will have to overcome once he launches an official presidential campaign, and he still remains somewhat of a mystery when it comes to his views including his political identity, other than the fact that he leans more conservative than liberal.

A solid base of support is among the things that Ban seems to lack most thus far, which is mainly the result of the political ambiguity he has maintained over his years serving at the UN. And it’s likely that most of his 24.5 percent approval rating comes from the “unconditional” right-wing voters, given the current circumstances in which Korea’s conservative factions lack any other alternatives to put up as nominees.

Ban has no experience in the cutthroat melee of Korean party politics, at least not recently. The last official service to his home country was as a foreign minister, a position that he was appointed to in 2004 under the Roh Moo-hyun administration.

He has rarely made comments about the policies he would pursue as a country leader, and his political competency, leadership, and decision-making have often been called into question by pundits, including recent media reports calling him one of the worst Secretary-Generals in the history of the United Nations.

And now, the pressure is starting to build up around him as his opponents and the media try to dig up his darkest secrets, or spread rumors to denounce his credentials – including yesterday’s accusation that he was involved with Shincheonji, a controversial cult group that deifies its founder Lee Man-hee, when a photo was released of Ban with the head of the International Women’s Peace Group, a Shincheonji-affiliated organization.

Ban was quick to deny the rumors and his connection to Shincheonji, but it was no doubt a sign of many more challenges to come and a rigorous vetting process that he will face once he returns to Korea in two weeks.

Only time will tell whether he will overcome the trials and prove himself capable of becoming the next President of the Republic of Korea.