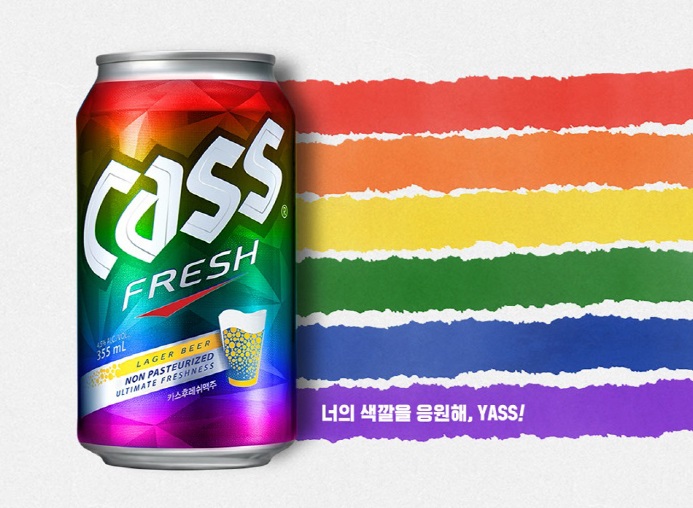 Cass said on its Facebook and Twitter page on Saturday, “By turning 20 this year, confidently root for your color, YASS!” (image: Cass)

In fact, OB has become one of the top corporate supporters of sexual minorities among South Korean companies.

Cass, the flagship lager beer brand of OB, said on its Facebook and Twitter page on Saturday, “By turning 20 this year, confidently root for your color, YASS!”

An image posted with the text depicts a rainbow-colored can of Cass beer, with the color scheme a common representation of sexual minorities.

Another netizen said, “It’s a great ad. Conservative Christians will not be able to boycott Cass because they don’t drink anyway. Next time I eat out, I’ll definitely drink Cass.”

Yet another Internet user further commented, “There are so many companies around the world that support human rights for sexual minorities, including Google and Apple.”

The user added, “Now, there will be more and more wonderful companies in Korea who cheer proudly against hatred for sexual minorities.”