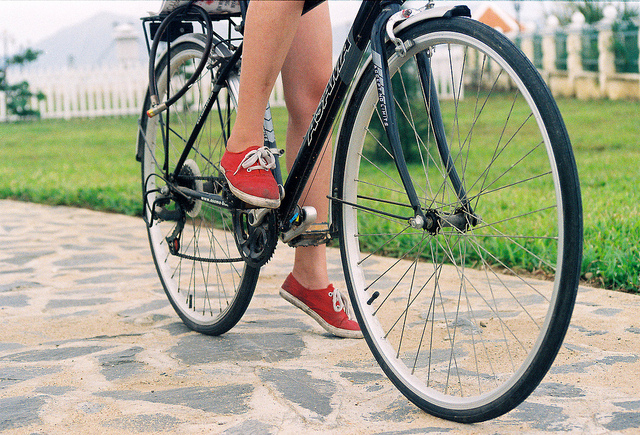 The KCS said the steady rise in numbers comes as more and more South Koreans take time off for sports and recreational activities. (image: Khánh Hmoong/flickr)

According to data by the Korea Customs Service (KCS), the country imported US$210 million worth of bikes last year, up from $170 million for the whole of 2012. This translates into an average 8.8 percent growth every year.

In terms of volume, annual growth averaged 6.4 percent in the three-year period, with numbers reaching 1.9 million bicycles in 2014, up 13.2 percent from 1.7 million bikes imported in 2012.

The KCS said the steady rise in numbers comes as more and more South Koreans take time off for sports and recreational activities. It said more bicycle-related infrastructure in the country, such as dedicated bike roads, compared to the past has bolstered the boom.

Data also showed bicycles being imported from 39 countries as of last year, with 95.5 being Chinese followed by 3.6 percent from Taiwan.

Imports from China edged up 0.6 percentage point vis-a-vis 2012, while numbers for Taiwan were down 0.6 percentage point. Many Chinese bikes are products made by South Korean companies that have plants in China or those made under original equipment manufacturer contract with local businesses that import them for domestic sale.

Chinese bicycle prices rose 2.9 percent over the three-year period, while those made in the United States rose 139.9 percent.

“U.S. and European bicycles are expensive primarily because many are rugged mountain bikes,” the KCS said.