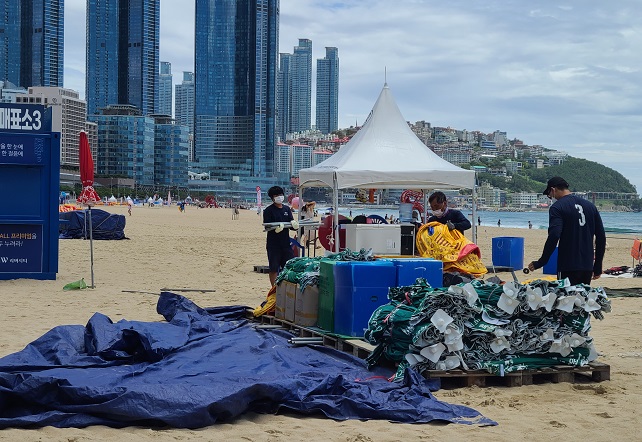 BUSAN, Aug. 10 (Korea Bizwire) — The port city of Busan has decided to raise social distancing measures to Level 4 starting on Tuesday, which will close down all seven public beaches in the city until Aug. 22.

It is unprecedented for public beaches to close down during the peak summer season.

Beach gear rental shops are getting ready to close down.

“July and August are the peak season. We were hit pretty hard in the least two years due to a dwindling number of visitors,” said a 60-year-old rental shop owner. 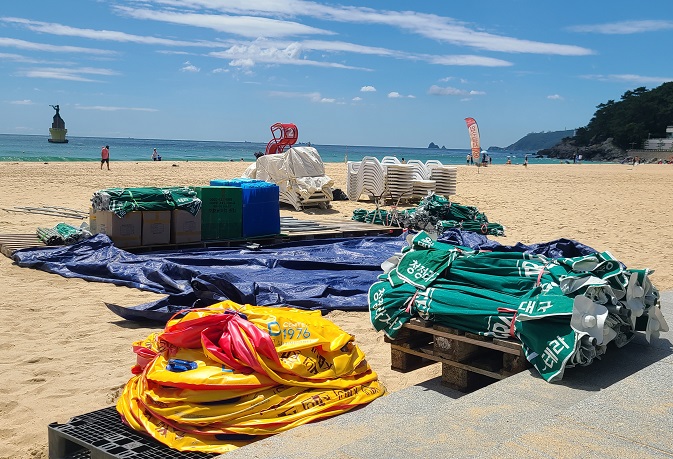 Restaurants near beaches are also worried that the decision could have an impact on the number of customers they see.

“Accommodating groups of no more than two people after 6 p.m. is the same thing as closing up shop,” said a local restaurant owner. “The peak season’s all we’ve got left. I’m seriously considering closing down for good.”