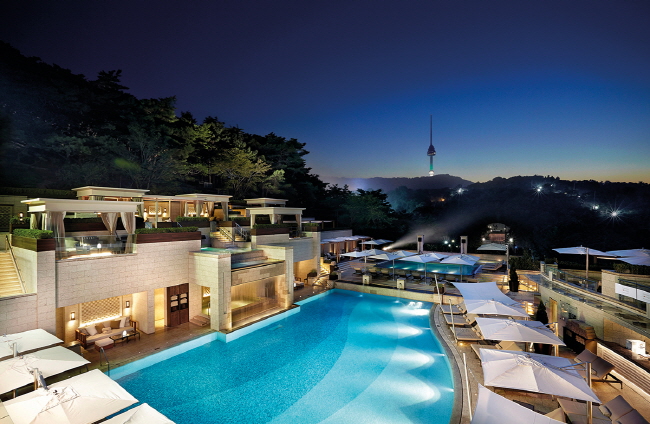 Experts claim that while beaches and valleys still make great places to spend the summer, traffic congestion and exorbitant accommodation and food prices are helping to convince more people to spend time in the city. (image: Hotel Shilla)

SEOUL, Jul. 23 (Korea Bizwire) — South Koreans who prefer spending time at hotels rather than the beach or the mountains for summer vacation have doubled in number since last year.

The Korea Transport Institute revealed on Monday that 18.8 percent of the respondents in a survey chose ‘vacation packages at hotels or shopping’ as most popular way to spend summer vacation, which is an almost 10 percentage point increase since last year.

Among the respondents, 19.3 percent chose spending time in a forest or other serene natural locations, which was a 6.4 percentage point increase from last year.

Another 54.6 percent chose to spend time at the beach or in a valley. Although still a majority, this option dropped in popularity by 16.3 percentage points since last year.

Experts claim that while beaches and valleys still make great places to spend the summer, traffic congestion and exorbitant accommodation and food prices are helping to convince more people to spend time in the city.

Among the respondents, 41.4 percent said they plan on going on a vacation this summer, while 24.7 percent said otherwise.

Among those opting to skip a summer break, 38.7 percent pointed to their work, unaffordable vacation expenses, and other economic factors as reasons.