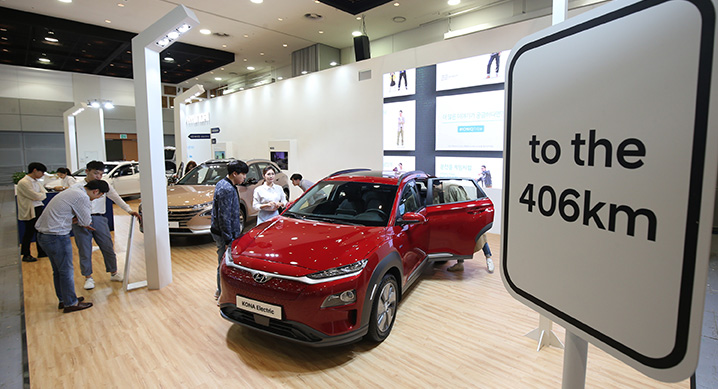 SEOUL, Jun. 6 (Korea Bizwire) – The share of electric vehicles (EV) in the sales of eco-friendly vehicles in South Korea has surpassed 20 percent for the first time this year on the back of a wide range of lineups and improved charging infrastructure, industry data showed Wednesday.

A total of 5,542 EVs were sold in the first four months, taking up 22.7 percent of the eco-friendly car market, according to the data compiled by the Korea Automobile Manufacturers Association.

The share of EVs in the eco-friendly sector, which also includes hybrids, plug-in hybrids and hydrogen-fueled cars, first crossed the 10 percent threshold in 2016.

In contrast, the share of hybrid cars, which combines a petrol or diesel engine with an electric motor, fell from 81.7 percent in December to 76.2 percent in April.

“The domestic EV market is seen as moving from an introduction phase to a maturity stage,” an industry official said. “This year will an important turning point as a series of competitive new models are set to come to the market.”