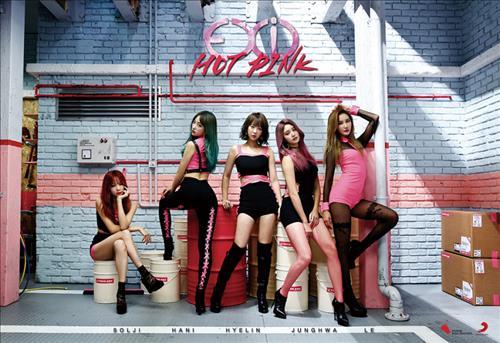 SEOUL, Nov. 18 (Korea Bizwire) – In a parallel universe, South Korean girl group EXID as we know it may not have been as lucky.

The five-member act has had an unconventional break to K-pop success, with “Up & Down” belatedly topping the charts after a video of member Hani dancing to the song went viral on Facebook.

In April, the group successfully carried that momentum with its second EP “AH YEAH,” which could be heard at every corner this summer.

But EXID wouldn’t consider itself a true K-pop powerhouse unless “HOT PINK,” its latest single out Wednesday, hits a home run, too.’

“People around us have been telling us that the third single is the really important one,” member Solji told Yonhap News Agency in an interview last week. “They said the third one determines your long-term success. So we’re feeling even more pressure than before.”

Fortunately, “HOT PINK” was already topping five music charts as of 8 a.m. With a catchy refrain punctuating EXID’s characteristically soulful melody, the track doesn’t veer off too much from the group’s previous two hits “Up & Down” and “AH YEAH.” 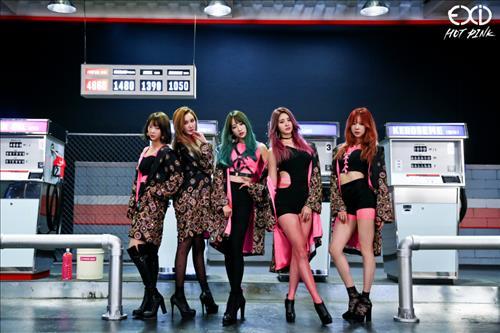 Though longevity remains a concern, EXID has also noticed great strides made over this past year.

“After ‘Up & Down’ went viral, I noticed that we looked significantly more comfortable on stage,” LE said. “Yes, we should care about the results, but at the end of the day, we want to be singers who know how to have a good time on stage.”

Not that the results were an issue, with the group selling out its Taiwan showcase in July.

“It was the first time we saw fans waiting for us at the airport with placards and gifts,” Junghwa said. “We were all in tears after watching the videos they’d made us. It felt like we were at a reunion with our close friends and family.”

No longer a one-hit wonder, EXID said the next peak to scale was the music awards.

“Before, our only goal was to make good music and not disappoint the people who like it,” Junghwa said. “Now, we’ve become greedier. While we’re at it, why not aim for the top?”