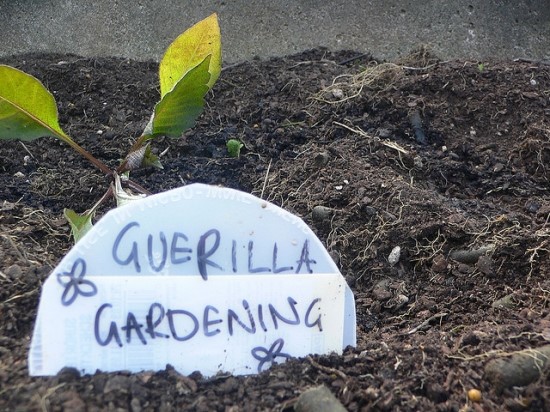 Currently as many as 80,000 volunteer “guerrillas” in 30 countries are working in gardening activities, with direct supports from city governments (image: mia.judkins/flickr)

SEOUL, May 25 (Korea Bizwire) – Nobody in the world abhors upon seeing fully bloomed roses along garden fences. Even people of hardened hearts smile when offered a bouquet of flowers. Lately there are special groups of people “fighting” with flowers instead of guns. These are so-called guerrilla gardeners. They tend abandoned or underutilized land plots by sowing seeds and planting vegetables and flowers, thereby making the area more attractive.

The origin of the guerrilla gardening movement goes back to 1973 in New York when artist Liz Christy and her Green Guerrilla group began cleaning up garbage and transform the Bowery Houston area in Manhattan into flower gardens.

Although many residents welcomed the movement after seeing the beautified neighborhoods, Christy’s group was involved in a series of lawsuits alleging infringement of private property rights by landlords who owned the patches of land. The lawsuits lasted seven years after which the guerrilla gardening movement has gained worldwide fame.

It was then followed by Richard Reynolds, a London resident, who in 2004 has secretly created a garden on a neglected land plot near his home in the city’s Elephant and Castle district and reported it on his blog. Since that time on, guerrilla gardening has become a global movement, with May 1 designated as the international guerrilla gardening day in 2007. Afterward, guerrilla gardeners the world over have planted sunflower seeds to commemorate the day.

Currently as many as 80,000 volunteer “guerrillas” in 30 countries are working in gardening activities, with direct supports from city governments such as New York, Vancouver, and Amsterdam. In Korea, the movement has gained a momentum after the book by Reynolds On Guerrilla Gardening: A Handbook for Gardening Without Boundaries was translated.

Unlike New York and London where guerrilla gardeners were often considered as illegal squatters, Korean guerrillas are welcomed by the neighborhood dwellers, with their activity mostly performed in broad daylight. In some cases, local governments initiate movements and embrace the guerrillas in their jurisdictions. 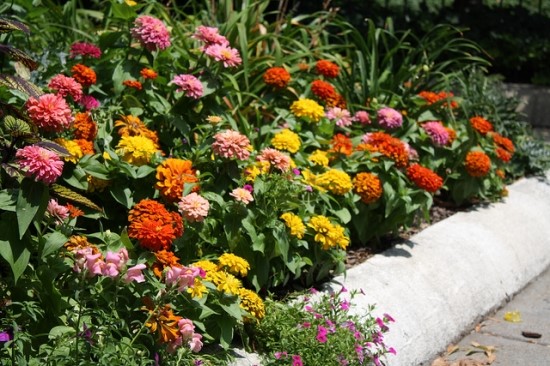 Nobody in the world abhors upon seeing fully bloomed roses along garden fences. (image: Elvert Barnes/flickr)

For example, the Environmental Corporation of Incheon has begun a guerrilla gardening program since last year, the first of such programs among the nation’s public agencies.

The first project for them was a neglected site in Yonghyeong-dong in the south of the city near a parking space. The 25 gardeners from the corporation cleaned up the area and planted springtime flowers such as daisies, pansies, and primulas. Korea Airports Corporation also followed up with its own guerrilla gardening program by mobilizing 50 professional and amateur gardeners in 11 locations near Gimpo International Airport.

Whenever guerrilla gardeners come to a site for transformation, they call it “attack.” That’s because they have to sow and plant quickly and disperse so as to not to be noticed by the land owners. Otherwise they may be in legal trouble for invading private properties.

But the guerrillas contend that ownership doesn’t matter and anybody must be given rights to plant and tend any land for the planet and our future generations. Bumble bees and butterflies do not care about boundaries and ownership deeds. As long as there are flowers and cherry blossom scent in the air, it’s all ours to enjoy and care for.