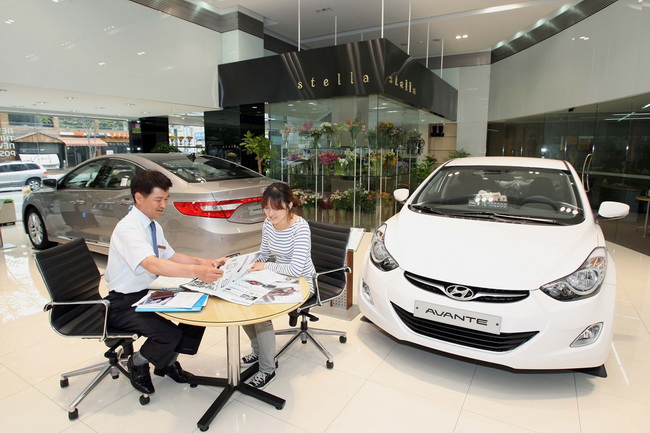 SEOUL, Jul. 19 (Korea Bizwire) — A tax imposed on new car owners known as the special consumption tax will be lowered temporarily until the end of the year starting with car purchases made today.

For example, consumers who buy a mid-sized sedan for 20 million won will be paying 430,000 won less tax due to the new measure, which government officials hopes would lead to higher consumption levels.

The measure has been put in place six times before, the most recent being in 2015 and 2016 when the onset of MERS slowed down the economy due to a drop in consumption by the general public.

The Ministry of Strategy and Finance announced a measure yesterday which would allow buyers of cars (excluding compact cars), two-wheeled motorcycles, and camping cars to see their special consumption tax lowered from the previous 5 percent to 3.5 percent.

The government hopes that the tax will give the domestic economy the jumpstart it needs to gain momentum.

The Consumer Composite Sentiment Index for June was 105.5, which was the lowest in a year and two months.

As car sales make up 11.7 percent of total consumption figures in South Korea, which is significant for the nation’s economy, the government also hopes that carmakers will cooperate by offering additional discounts to consumers.

In 2016, car producers offered similar discounts ranging from 200,000 won to 2.67 million depending on the car model.