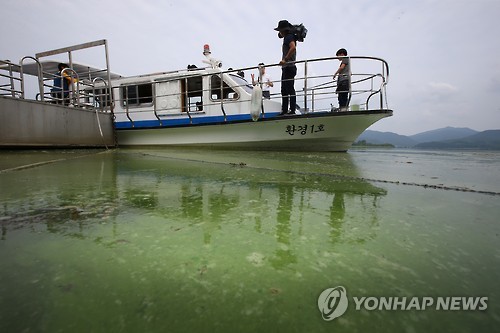 A green tide warning was issued to areas around Paldang Lake on August 19. The green tide bloom this year is thought to be the result of the small amount of rainfall and elevated water temperatures due to the hot weather. A warning for green tides was also issued for the Han River earlier in the summer.

Daechung Lake also received a warning for green algae, but it was lifted on August 12. 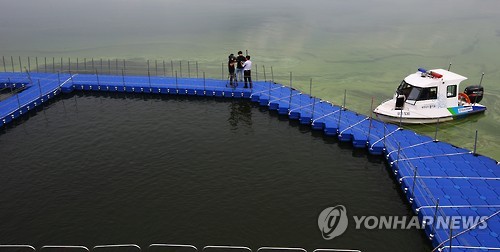 Dalseongbo, located near the Nakdong River, has also been under observation since July 30. There were haven’t been any reports about fish perishing, but since the warm weather is expected to continue for a while, the local government is on full alert.

The damage at fish farms in the South Sea continues to grow. To make matters worse, the red tide is moving north towards Gangwon province near the East Sea. As a preventative measure against damages that might occur because of the red tide, the local government of Gangwon secured a supply of 2,205 tons of red clay.

In regions along the South Sea where the damage is severe, 1,900 tons of red clay has been sprayed. 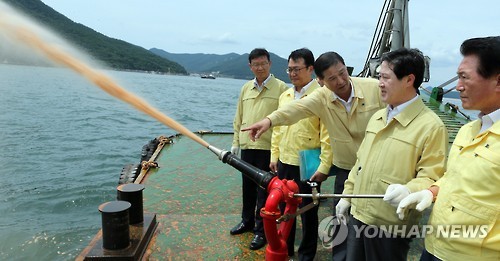