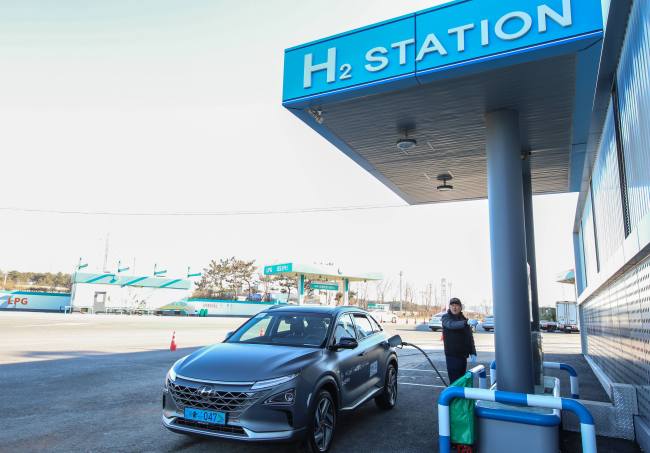 SEOUL, Sept. 27 (Korea Bizwire) – Government measures to provide subsidies to hydrogen fueling stations in South Korea are being called for as experts are pointing out the problem of hydrogen cars failing to meet supply goals.

The Hydrogen Energy Network (HyNet), a special purpose corporation for hydrogen fueling stations, reported that the current 3,000 hydrogen cars operating in the country are not enough to offer the benefits of economies of scale, which is posing a threat to the full operation of hydrogen stations.

“Until there is a large enough supply of hydrogen cars in the country for the market to stand on its own feet, government subsidies are crucial,” said Kim Won-sik, a departmental head at HyNet.

HyNet reported that with the increasing supply of hydrogen cars, hydrogen stations with a refueling capacity of 25kg per hour will reach full operation by 2026, while those with a capacity of 50kg/h will reach operation levels of 92 percent by 2030.

Considering that a kilogram of hydrogen costs 8,000 won when selling and 6,000 won when buying, the full operation of a hydrogen station without any government subsidies would result in losses of 2 billion won (US$1.7 million) this year, and reach 14.4 billion won by 2023.

The losses are expected to continue until 2027, before moving into the black with a profit of 500 million won expected by 2028.

A government subsidy of 100 million won per year, however, would help to limit the losses.

If the government also decides to subsidizes tube trailers, lower distribution costs will result in an additional 1,000 won of profit per kilogram of hydrogen sold, with profits expected to reach 18.8 billion won by 2028.

“The Japanese government subsidized two-thirds of all operational costs of hydrogen stations in the country. The U.S. has also been providing as much as US$300,000 in annual subsidies over the last three years,” said Kim.