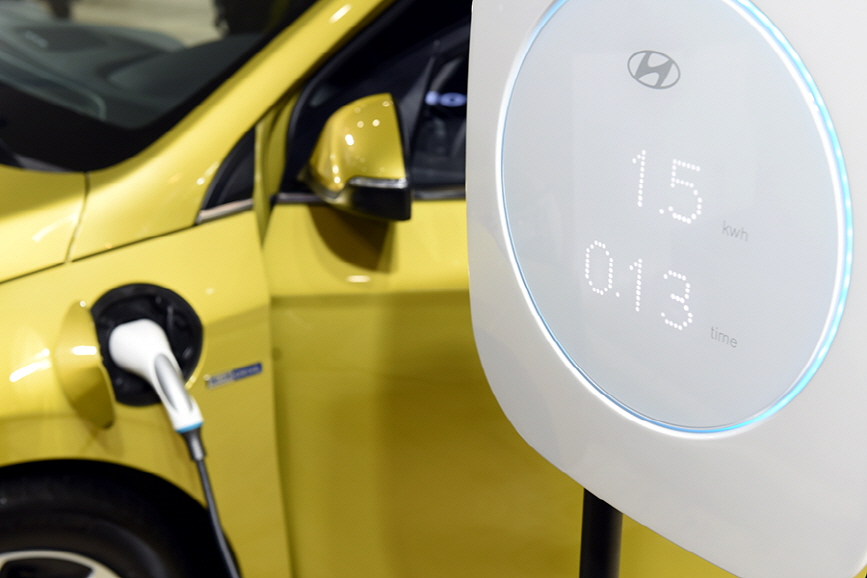 “We plan to launch a mobile battery recharging service for the first time as a domestic car maker,” Ryu Chang-sung, head of Hyundai’s local marketing team, said in a press briefing last week.

It will be introduced on the southern resort island of Jeju within this year on a trial basis and will be expanded to other regions, he added.’

Hyundai began the sale of the Ioniq line, which includes the firm’s first pure electric vehicle built on a dedicated platform, early this year. In addition to the electric version, the Ioniq also comes as plug-in hybrid and traditional hybrid models.

The Ioniq Electric is said to be capable of traveling up to 191 kilometers on a single charge, which is better than the 100 km range of other EVs on sale here.

More than 1,000 Ioniq Electric units were sold as of last week and nearly half of the buyers are in their 30s or 40s, according to the firm.

Hyundai wants to take up more than 60 percent of the total electric car sales in South Korea this year, where around 8,000 electric vehicles will be on the market by December.

“The domestic demand for electric cars is still meager, accounting for only 0.2 percent of the total industrial demand as of last year,” Kwak Jin, executive vice president of the domestic sales division, said. “But electric cars are expected to expand faster than expected, timed with such issues as fine dust, questions about diesel fuel efficiency and a global trend to toughen environmental regulations.”