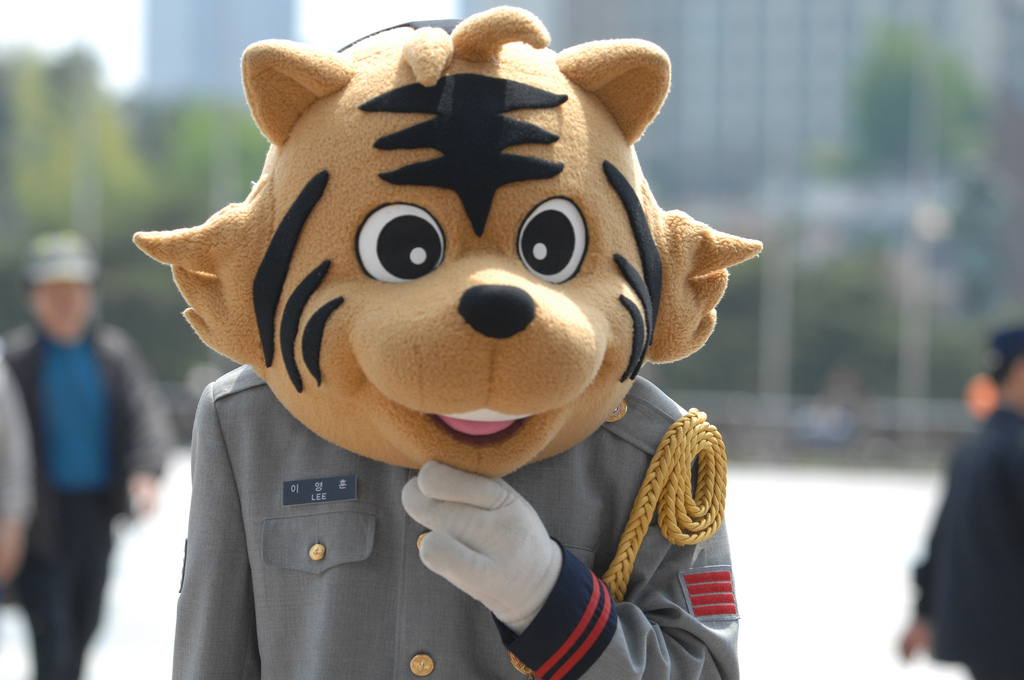 Among young women, army barracks culture is all the rage of late in Korea, driven by huge popularity of the smash-hit TV dramas. (image: anja_johnson at flickr)

SEOUL, South Korea, Oct 13 (Korea Bizwire) — Recently matchmaking service company Baroyeon asked 1,033 single women, “What do you think about men who have not served in the military?” To this, 744 female respondents (72.1%) answered that they don’t find attractive men who haven’t been to the military.

Among young women, army barracks culture is all the rage of late. This highly unusual popularity was first triggered by “Blue Tower,” a cable TV sitcom that began airing in early 2012. The program, featuring several army soldiers facing difficult-but-funny situations for every episode, was loved by viewers of all ages and genders, especially those men who have spent a few years in military camps in their youth.

This is followed by a reality show called “Real Men,” one of the most-watched programs on network channels today. The program features seven male entertainers who experience the military life for six days, including an Aussie Sam Hammington who has become an instant star thanks to the show.

As these two military-themed TV shows gain popularity, marketers are busy capitalizing on it. For example, food companies are launching new items arousing nostalgia for former conscripts as well as for female consumers who are curious about what it’s like to be in the barracks. Mobile Lotte.com has introduced in July several new MRE (meals ready to eat) menus including “Mattasi,” fried rice seasoning sauce, and “Gundaeria,” ready-to-eat hamburger patty. 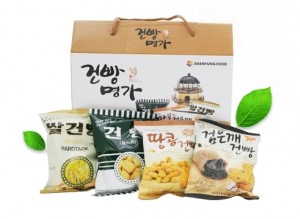 To take advantage of the popularity, Daemyung Food, a military contractor, has recently launched a special product line catering to the civilian market. (image: Daemyung Food)

Hardtack, or simple cracker or biscuit eaten by sailors in the old days, is something not to be missed by those discharged from military service years ago. According to Lotte Mart, one of the biggest discount outlet operators, the second-quarter sales of the hardtack have increased 25.7 percent from the same period a year ago.

To take advantage of the popularity, Daemyung Food, a military contractor that has supplied millions of bags of the biscuit for 30 years, has recently launched a special product line catering to the civilian market, including the biscuit made of rice, wheat, peanuts, and black sesame. Those who sampled the wheat hardtack said it was exactly the taste they relished years ago when they were hungry after hard days of drill.Gundaeria, considered the best-ever military food, is also seeing its fame rise every day. Movie ticketing service company MaxMovie asked its users, “Which item do you want to try most out of all foods shown in the Real Men program?” and found that as many as 82 percent answered it was the Gundaeria burger out of 920 respondents. For example, Internet shopping mall 11st reported that its May sales of hamburger buns rose 32 percent from the same month last year. 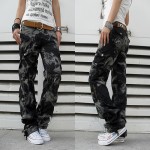 The fashion industry is witnessing the resurgence of camouflage designs, just like military uniforms. (image: xubangwen at flickr)

It’s not just food items that get boosted by the military culture vogue. Items related to camping, fashion, and beauty have seen their sales rise by a large margin. For example, the 30 locations of Lotte Mart reported in July that canteens and waterproof sheets were selling like hotcakes only a few days after launching. Military-style folding beds also were sold more than 300 in just one month.

The fashion industry is witnessing the resurgence of camouflage designs, just like military uniforms. The beauty industry has also unveiled a series of cosmetic items for men, including Nature Republic’s Pleasure Garden Homme Sports Skin for soldiers. The four-item package includes foam cleanser, refresh mask sheets, and the like. Another cosmetic company Innisfree has introduced “Extreme Power Camouflage Crème” for soldiers to protect their skin. It has sold more than 50,000 within six months. 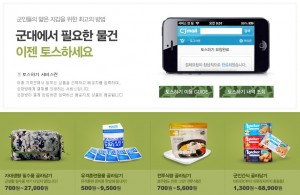 CJ O Shopping opened a separate site “Army O Shop” and allowed soldiers to select items to buy and at the end of the process designate someone who can pay for the purchase. (image: tossing)

Even though the market for military-themed items is rising by leaps and bounds, there are still limits to growth as soldiers are unable to make purchases by themselves. To address this problem, Internet shopping operators like CJ O Shopping have come up with an innovative solution called “tossing.” The company opened a separate site “Army O Shop” and allowed soldiers to select items to buy and at the end of the process designate someone who can pay for the purchase.

If the soldier-buyer presses the toss button, the system sends out a text message to the payer who in turn approves the transaction. The company expects that this new service will help young soldiers buy things they need without the need for the cumbersome mobile phone authentication or credit cards.