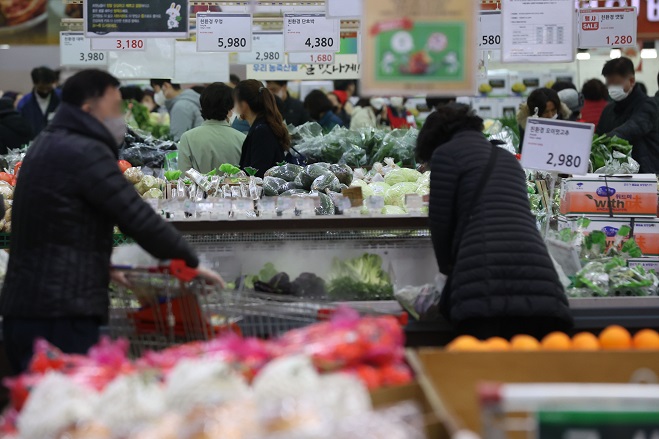 SEOUL, Dec. 1 (Korea Bizwire) — The income gap between the haves and have-nots in South Korea widened in 2021 amid the prolonged COVID-19 pandemic, data showed Thursday.

The distribution ratio for disposable income, a key barometer of income equality, reached 5.96 last year, up from 5.85 the previous year, according to data from Statistics Korea. A higher ratio means increased inequality in income distribution.

The reading means the top 20 percent of the income bracket had 5.96 times more earnings than the bottom 20 percent last year.

The Gini coefficient measured with disposable income, another gauge of income inequality, came in at 0.333 in 2021, up 0.002 from the previous year.

A reading of zero means complete income equality, while higher numbers nearing one indicate a widening gap in earnings between the rich and the poor.

Meanwhile, households’ public transfer income edged down 0.3 percent to 6 million won as the government scaled down handouts amid the prolonged pandemic.

The bottom 20 percent of the income bracket earned an average of 13.23 million won last year, up 2.2 percent from the previous year.

The top 20 percent income group saw its average income reach 149.1 million won last year, up 5.4 percent from a year ago.

The average assets of South Korean households came to 547.7 million won as of end-March this year, up 9 percent on-year due to higher property costs.

The average debt by Korean households amounted to 91.7 million won as of end-March, up 4.2 percent on-year. The households’ average financial debt came to 68 million won, up 4.4 percent from the previous year.