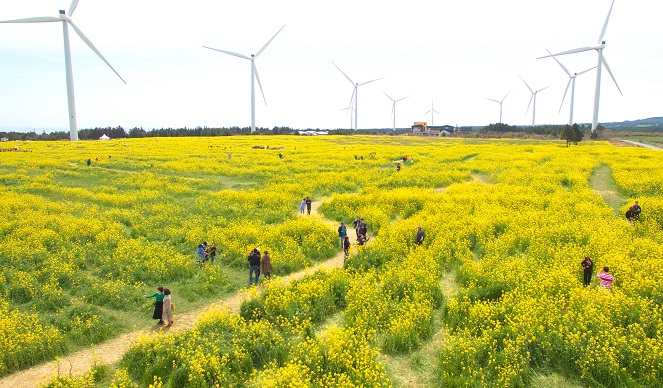 SEOUL, March 4 (Korea Bizwire) — The government has decided to transfer surplus renewable energy generated on Jeju Island to the mainland as it is becoming a major cause of frequent arbitrary shutdown of power generators.

Jeju’s output of renewable energy jumped in proportion from 9.3 percent in 2016 to 16.2 percent last year.

Rapid expansion of wind turbine generators and other power facilities has caused excessive supply of electricity, which has led several generators to be shut down arbitrarily and frequently.

The number of arbitrary shutdowns jumped from three cases in 2015 to 77 cases last year.

In response, the Ministry of Trade, Industry and Energy decided to transfer surplus power from Jeju to the mainland through two submarine cables connecting the island and the peninsula.

The government anticipates that the new measure will increase Jeju’s maximum capacity to hold renewable energy to as much as 342 megawatts.