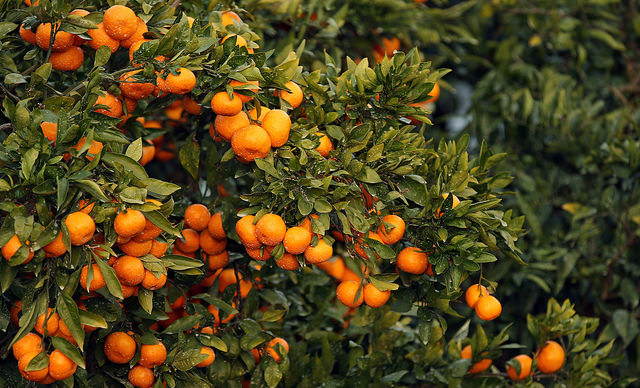 Jeju gamgyuls, also known as mandarin oranges or tangerines, are one of the specialties of Jeju and are one of the beloved wintertime fruits in Korea. (image: Republic of Korea/flickr)

JEJU, Aug. 4 (Korea Bizwire) — To set up a firm foundation for the development of gamgyul (tangerine) farming in Jeju for the next 50 years, the Jeju Self-governing Province will implement a five-year plan for its innovation.

The province announced the details of the five-year plan to reliably produce stable quantities of high-quality tangerines. The plans, comprised of 73 projects in four sectors including policies, production, distribution and processing, and marketing, will be implemented by 2019. The provincial government has allocated approximately 601 billion won to the different projects.

The core of the detailed implementation plan is a real-name production system indicating the names of producers for all the distributed products, and indication of the sugar content in fresh produce, which will finally weed out farms producing low quality tangerines.

Jeju gamgyuls, also known as mandarin oranges or tangerines, are one of the specialties of Jeju and are one of the beloved wintertime fruits in Korea.

In addition, the province will distribute more tangerines through NH or local production cooperation bodies to raise their negotiation power on pricing the products. Currently, only 48 percent of the tangerine products are being distributed through such organizations for farmers.

After two years’ preparation, it will raise its portion to 70 percent in 2017 and limit distribution through middlemen to 15 percent. Another 15 percent of the products will be distributed through large-sized supermarkets or online channels.

Through such measures, the provincial government expects to prevent sudden price fluctuations for tangerine products, and to raise the bargaining power of the farms.