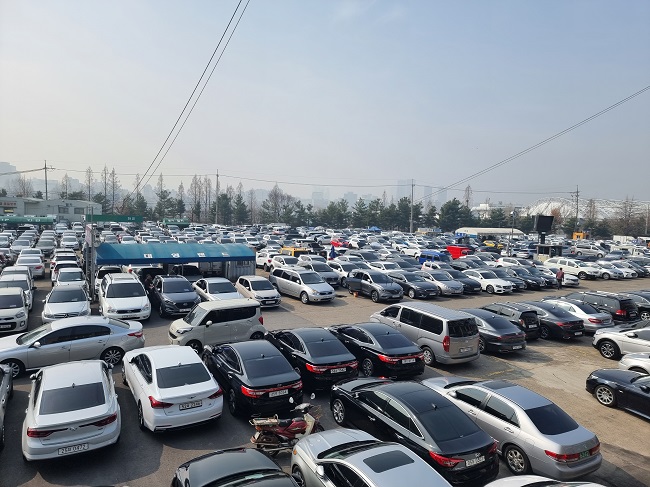 Last month, the Ministry of SMEs and Startups decided not to designate secondhand car sales as one of the “livelihood businesses” that must be reserved for small enterprises and startups, paving the way for conglomerates to enter the market.

The decision invited strong objection from the country’s used car dealer associations. But consumer groups welcomed the action as they have not been satisfied with products and services by existing businesses.

Some local used car dealers have been criticized for wooing customers with false offerings and offering incorrect information on cars up for sale.

Hyundai plans to sell used cars that pass a strict quality testing process after purchasing its own brand vehicles that have been on the road for less than five years and traveled less than 100,000 kilometers.

Kia said it will take the same step in the used car purchase program.

In other programs, Hyundai plans to introduce the “trade-in” program in which the company purchases used Hyundai brand cars from customers and offers discounts when they buy new Hyundai models.

Kia will allow customers to experience a used car they want to buy for one month and then decide on whether they will purchase it or not in the “subscription and purchase program,” the statement said.

Kia also plans to develop its own quality testing and certificate system for secondhand electric cars as it aims to become a leading player in the used EV market, it said.

In the past two years, Hyundai Motor Group has had rounds of talks with existing used car dealers but they have not reached any tangible result or breakthrough.

The country’s used car market reaches 2.6 million vehicles a year, with K-Car leading with a share of 5 percent and the remaining 95 percent composed of small dealerships and consumer-to-consumer transactions.