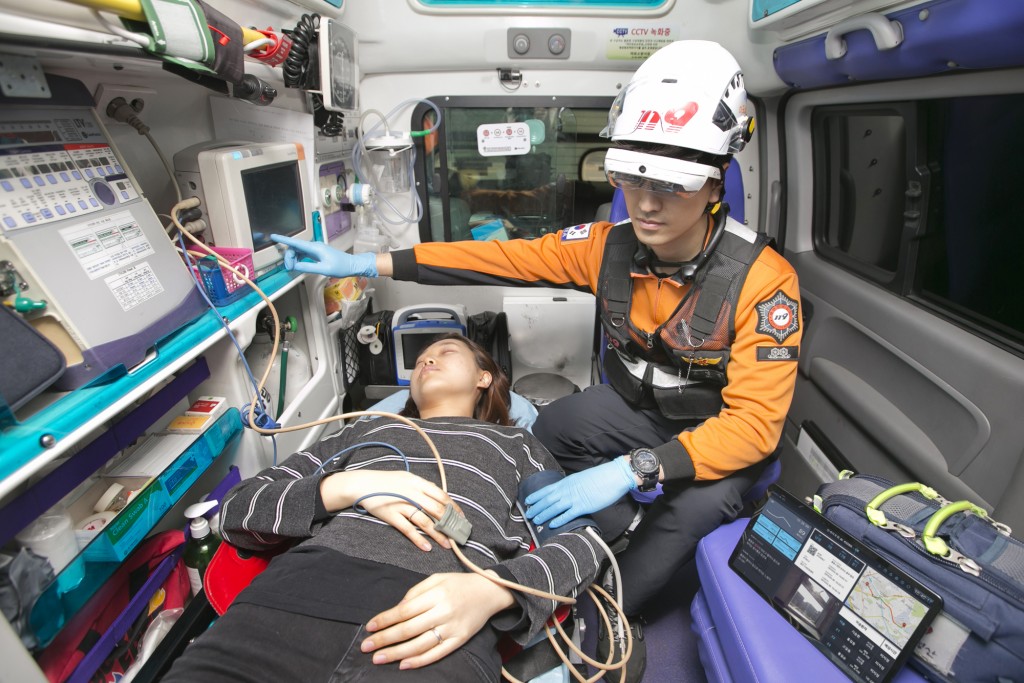 A rescue official checking a patient’s condition through a 5G-based medical treatment system inside an ambulance. (image: KT Corp.)

As a first step, KT said a 5G-based 119 emergency video call service, which it developed with the National Fire Agency (NFA), has been commercialized to a nationwide scale after their pilot project in six cities turned out to be successful.

The 5G-based video call system will allow rescue officials to better help those in emergency situations, preparing appropriate measures and saving time for treatment, according to the company.

With Severance Hospital in Seoul, KT said it is working to develop 5G and artificial intelligence-based emergency medical treatment systems.

KT said it aims to set up the 5G telecommunication system inside ambulances and allow medical staff and on-field rescue teams to communicate in real time for treatment.