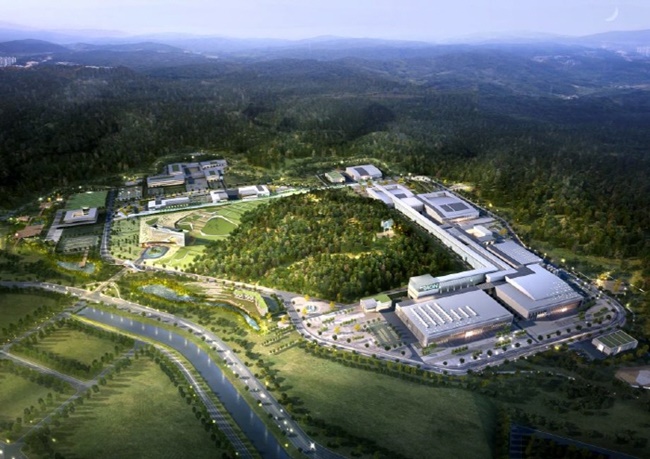 The Ministry of Science and ICT’s business monitoring task force announced plans on Wednesday for the construction of a RAON heavy ion accelerator in Daejeon, after conducting an in-depth analysis of the project. (Image: IBS)

SEOUL, Dec. 7 (Korea Bizwire) – A major heavy ion accelerator project has been given the green light, with a budget of 1.4 trillion won and an expected completion date in 2021, according to the science ministry.

The Ministry of Science and ICT’s business monitoring task force announced plans on Wednesday for the construction of a RAON heavy ion accelerator in Daejeon, after conducting an in-depth analysis of the project.

RAON was pushed as part of Daejeon’s International Science Business Belt project under the Lee Myung-bak government, and was originally scheduled to have been completed by 2017.

However, the project was postponed due to land acquisition and other delays, leading to increased cost estimates and the elimination of some of the proposed facilities and devices from the plan as a result.

The RAON heavy ion accelerator is a research facility where various kinds of heavy ions from  protons to uranium will be accelerated to produce rare isotopes, which are valuable in nuclear physics and biomedical sciences.

As the government will pour a total of over 1.4 trillion won into the major project, with over 600 billion allotted to building facilities alone, the science ministry’s task force has chimed in to keep the project on track without increasing the overall budget.

Under the supervision of the group, which was first formed in August and consists of 12 experts, the RAON project went through restructuring to improve its efficiency, which saw some of the proposed building plans cancelled.

“Given the many major projects where budgets went up in the past, it’s worth nothing that this time, experts including researchers and developers were able to communicate through a task force and found ways to restructure the project, setting a precedent for other major research projects in the future,” said You Young-min, the head of the Ministry of Science and ICT.