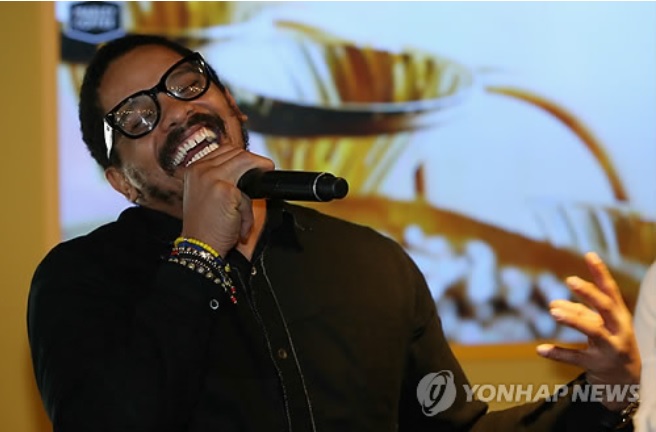 Rohan Marley said the main goal of running his coffee business does not lie in making profit. (image courtesy of Yonahap)

SEOUL, Jan. 28 (Korea Bizwire) — The entertaining music and flavors of Jamaican culture, represented by Bob Marley, a legendary reggae singer-songwriter from Jamaica, hope to keep a hum going at a café in one of South Korea’s busiest and wealthiest business districts: Gangnam in southern Seoul.

Rohan Marley, son of Bob Marley and founder/chairman of Marley Coffee, held an event on January 27 to celebrate the launch of its second Korean store, following its successful landing in Itaewon, a neighborhood teeming with foreign nationalities.

Marley Coffee is distinct from other competing coffee franchises in that it is focused on sustainability: the company is built around its three core themes of “sustainable,” “organic” and “fair trade” when it comes to selling its coffee. 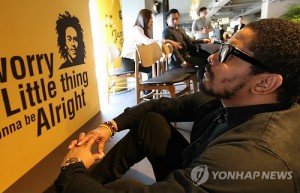 Committed to his original idea of growing ‘ethical’ coffee beans, his coffee farm is dedicated to producing 100 percent organic coffee beans, while his philosophy treats business profitability as a secondary priority. In addition, Marley Coffee has staged corporate campaigns in tandem with this business mission.

Rohan Marley said the main goal of running his coffee business does not lie in making profit. Rather, the son of the legendary reggae musician said he wanted “to build a single transcendent” world regardless of race, nationality and generation – the very goal dreamed of by his father Bob Marley – through his businesses, including Marley Coffee.

How Marley Coffee’s business will fare is dependent on Korean consumers’ responses to the business philosophy built around ethical coffee producing and marketing.

It is well known that South Korea is the ‘Republic of Coffee.’ The average Korean drank coffee twice a day, while eating white rice, a main staple in the Asian nation, only once a day, according to a joint study by the Ministry of Agriculture, Food and Rural Affairs and the state-run Korea Agro-Fisheries Trade Corp. In other word, coffee consumption beat white rice and kimchi.

That is why you cannot walk along a street in Seoul without coming across a host of coffee franchises including TOM N TOMS, Coffee Bean, Coffine Gurunaru, Seven Monkeys, Starbucks, Caffe Bene and Hollys Coffee. The coffee market has reached saturation. This has prompted coffee brands to come up with differentiated ‘selling points’ that can appeal to Korean coffee lovers’ picky tastes.

Starbucks Coffee Korea, for example, declared in 2013 that it would pursue social responsibility and business growth at the same time, as part of its ethical management operations. Other coffee brands followed suit to showcase their own version of ‘ethical coffee’.

In this regard, Marley Coffee’s ‘ethics as a business philosophy’ doesn’t seem to be a distinguished selling point. Rather, according to some industry pundits, Marley Coffee should make more of an effort to position itself as selling distinct culture and value espoused by Bob Marley. 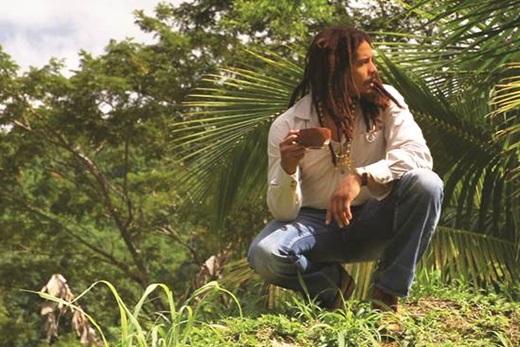