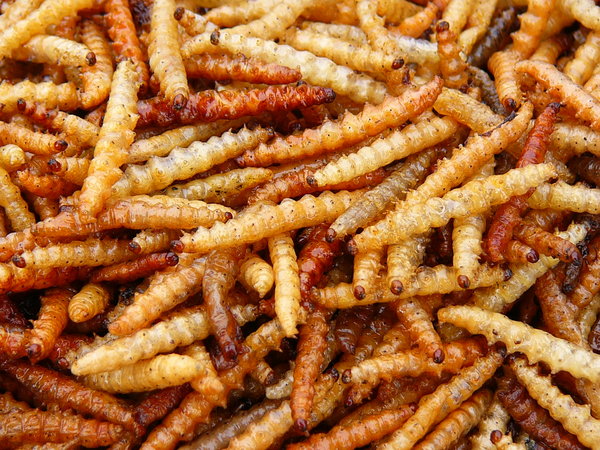 SEOUL, July 18 (Korea Bizwire) – South Korean authorities responsible for public food safety have officially given ‘green light’ on the use of mealworms applicable to food ingredients.

The Ministry of Food and Drug Safety (MFDS) announced on July 15 that it is now legally possible to use the mealworms or Tenebrio molitor Linne, as food ingredients in the local market.

The edible insect, when “manufactured” going through the various manufacturing procedures including cleansing, sterilization and freezing dryness, has nearly 80 percent of protein and fat in its body, confirming its high value as a valuable food resource.

In particular, The mealworm has a significantly higher ratio of omega 3, adding to the fact that the worm may be healthier alternative in your food choice. Omega-3 rich diet may keep joints healthy, according to a scientific research.

Mealworms were largely used as the feed for fish or the pet reptiles. So, not many consumers are tempted to try on the insect — no matter how the worm should be good for your health. In this case, a processed powdered form might relive you from the stress of ‘unfamiliar’ experience of eating the insect. The powdered form can be applied to making the insect as main ingredients of bread, cookies or noodles.

MFDS gathered all the analytic reports about the appropriateness of mealworms as food ingredients; any harmful effect and distinct feature of the worm when used in food; manufacturing process and general safety; and overseas examples and opinions of the civic and academic intuitions.

One thought on “Mealworms Officially Available on Ingredients of Human Foods”