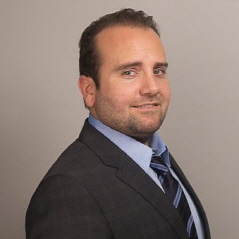 LOS ANGELES, Aug. 26 (Korea Bizwire) — P. Vincent Mehdizadeh, Founder and now former majority shareholder of Medbox, Inc. (OTCQB:MDBX) announced retiring 13 million shares of MDBX, including all 2 million preferred shares in his possession, carrying 5 to 1 conversion to common shares and super voting rights, along with an additional 3 million common shares. The shares have been retired, or in effect cancelled, resulting in 13 million less shares issued and outstanding on a fully diluted basis.

Mehdizadeh remains with approximately 11,778,746 common shares of MDBX, of which he has transferred 1 million shares each to Marijuana Policy Project (MPP) and Law Enforcement Against Prohibition (LEAP). He has also pledged 3 million shares to a charity Mehdizadeh founded called Self-Made Foundation, Inc. That transfer will occur after that nonprofit receives 501(c)(3) designation by the IRS. As a condition for receiving the gifts, the recipients have all agreed not to sell the gifted shares for a period of one year and after the one year has elapsed, not to sell more than 40,000 shares per month.

“This share retirement is a token of my appreciation to the shareholders that made me proud to be associated with Medbox when it was a leader in the cannabis sector,” stated Vincent Mehdizadeh, Founder and former majority shareholder of Medbox. “I am focused on a new venture now in ‘Pineapple Express’ (currently known as Globestar Industries, Inc.), where I’ve taken my experiences at Medbox, which I haven’t been a part of for over a year now, and applied that knowledge to the new company. Pineapple Express is laying a firm foundation in its development stage by recruiting reputable accountancy advisors, top-tier legal counsel, top-tier auditing support, and superior SEC compliance and advisory talent at the board and officer level within the new company. I am the Founder and Technology Advisor within that company, which allows me to get back to my roots as an inventor of compliance technology for the cannabis sector. I have placed my stock in that new venture, which represents the majority in that public company’s issued and outstanding shares, in a trust which will be professionally managed by a licensed fiduciary as Trustee. This strategy allows me to focus on creating new technology without the riggers and responsibilities that majority shareholders have in managing company matters. I’m excited about the new venture and look forward to bringing long-term value to Pineapple Express shareholders through my creative inventions for many years to come.”

Mr. Mehdizadeh is considered an expert in the medical cannabis industry and is the inventor of two patents concerning the automated delivery of cannabis through a dispensing machine using biometric identification (Patent #US7844363) and a seed to sale POS system that tracks inventory and transactions occurring at cannabis dispensaries and cultivation facilities (Patent #US8818820). He is also the inventor of the patent-pending “Top-Shelf” System exclusively being developed for MJ Business Consultants. He has been interviewed and featured in news outlets including, the Wall Street Journal, CNBC, FOX News, Bloomberg Businessweek, BBC, and many others.

Mr. Mehdizadeh was responsible for funding and the creation of the Marijuana Policy Project “Consume Responsibly” campaign, as well as the Americans For Safe Access “Medicate Responsibly” campaign aimed at educating medical and recreational cannabis users in the states that allow consumption of cannabis about its health effects and dosage information. Mehdizadeh has donated over $2 million dollars to Americans for Safe Access (ASA), Marijuana Policy Project (MPP), Drug Policy Alliance (DPA), Law Enforcement Against Prohibition (LEAP), and St. Jude Children’s Research Hospital. Mehdizadeh has recently established a non-profit charitable foundation called Self-Made Foundation, Inc. and will continue his charitable contributions through that entity with his first project being an autobiography with all proceeds going to various charities.