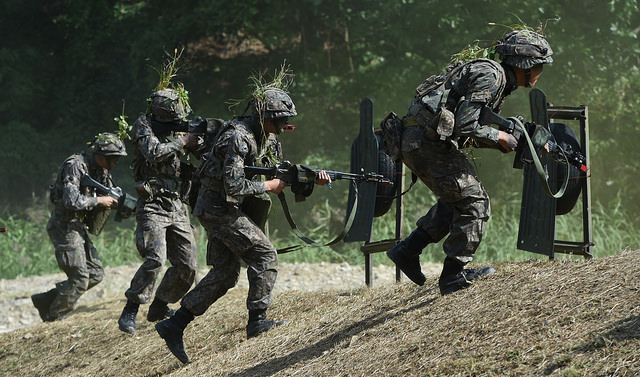 SEOUL, May 29 (Korea Bizwire) — The Ministry of National Defense has announced that in the event fine dust warnings are issued, outdoor field exercises will be switched to indoor training to better safeguard the health and well-being of military personnel.

The distribution of surgical masks will be expanded, and additional air cleansing filters will be installed at training centers and field units.

According to the measures, the number of surgical masks given to military personnel will increase from 14 to 57 per service member per year in 2019.

One military official said that all older diesel car models produced before 2005 will be replaced next year with newer vehicles.

“The military also plans to participate in the Environment Ministry’s efforts to limit the use of older diesel vehicles in various areas nationwide,” said the official.