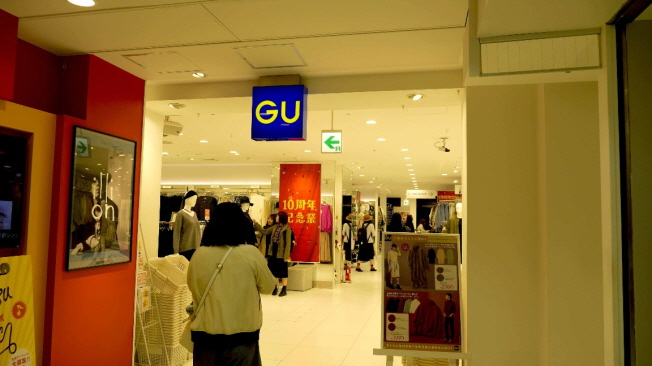 The intent is to include them in the boycott list to hurt their sales as soon as the stores are open. Among them, Japanese brands GU and Muji are being mentioned online as possible targets.

GU is Uniqlo’s sister brand that plans to open its second and third stores in Yongin, Gyeonggi Province and Seoul’s Times Square Mall by early next month.

Netizens are posting articles that emphasize the relationship between Uniqlo and GU as well as FRL Korea Co., which currently runs Uniqlo Korea.

Lotte Shopping and Fast Retailing own 49 percent and 51 percent of the company’s shares, respectively.

Consequently, Lotte is also being subject to public criticism for taking the lead in importing Japanese goods into South Korea after GU set up its flagship store at Jamsil’s Lotte World Mall and its second franchise at Lotte Mall in Yongin.

Muji, one of the most iconic Japanese brands on the boycott list, is also planning to renovate its store in Times Square Mall later this month.

The news is being shared on social media, and many netizens are already calling for a boycott of the new the store.

GU and Muji currently have no plans to suspend expansion or shut down stores already in operation.

Experts agree, however, that the new stores won’t be able to attract customers through the ‘grand opening’ effect unless the boycott movement subsides.