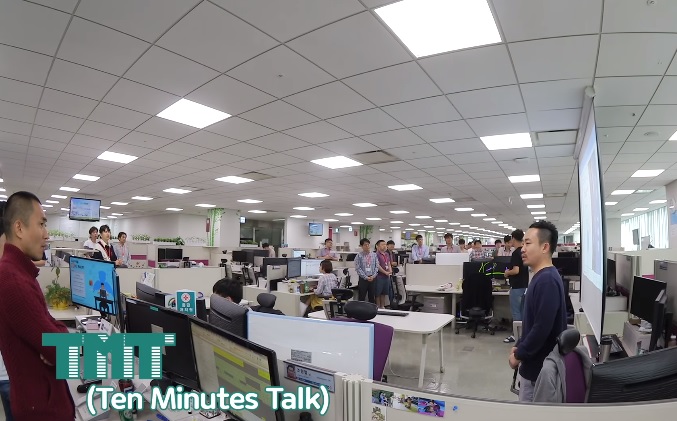 Vlog is a combination of the word “video” and “blog,” and refers to video content that is typically updated on a regular basis.

On Sunday, “What are you doing at Samsung Semiconductor?” was released on Samsung’s newsroom channel on YouTube, featuring facilities engineers.

The video introduced the day of Kim Do-young, an engineer at Samsung’s DS (Device Solution) division, from entering the building with his ID card to his after work routine.

Using a selfie stick, Kim introduced spaces that are usually hidden from the outside world, including the inner park and offices, and various work processes.

“We are going to release our employees’ vlogs every two weeks from now on,” said a representative for Samsung’s DS division.

“We expect that we will be able to improve our image as a factory where employees wear anti-disaster suits to work.”

Conglomerates such as LG, Hanwha and Hyosung are also actively providing information and improving awareness through their workplace vlogs.