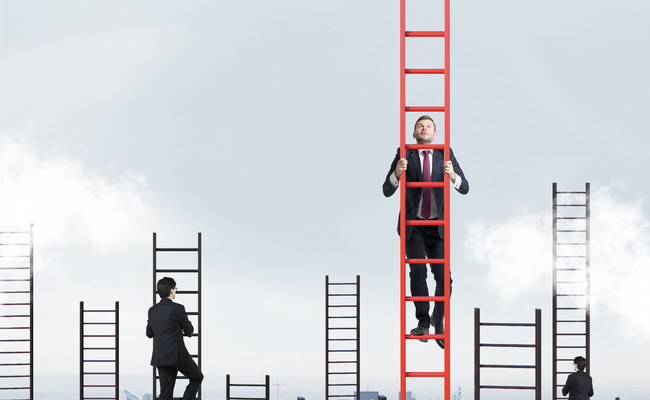 The report suggested that young people see a job as a ‘trap’, which would eventually hold one down when climbing up the ladder instead of as a ‘stepping stone’ to higher status. (Image: Korea Bizwire)

SEOUL, Jan. 10 (Korea Bizwire) — A recently released report from the Korea Institute for Health and Social Affairs indicates that the number of young adults hoping for higher social status has sharply decreased.

Young adults no longer believe moving up the social hierarchical ladder is possible without inheriting wealth from their parents. Not so long ago, this was not true.

Young South Koreans valued their parents’ educational backgrounds and careers when thinking about the possibility of higher social status. Now, one has to be born with silver spoon in their mouth to move up the ladder.

A survey conducted by Statistics Korea clearly illustrates this phenomenon.

Among individuals under 30 years of age, 53 percent were positive of their ability to move up the ladder in 2013, but the figure dropped to 38 percent in 2017.

The subjective hierarchical awareness was generally high in those with high incomes, for those who owned a house, and those living in Seoul.

Of all the factors influencing the perception, household income became more significant in 2017.

While what parents did for a living played an important role in the possibility of higher social status in 2013, whether parents owned a house became an indicator for such possibility in 2017.

In 2017, economic activities of young adults changed along with changes in perception.

Young people are 20 percent less likely to see their social class rise than those who do not engage in economic activities.

The report suggested that young people see a job as a ‘trap’, which would eventually hold one down when climbing up the ladder instead of as a ‘stepping stone’ to higher status.

This is clearly a social influence of the so-called ‘silver spoon’ and a result of deepening hierarchical stratification.

Such tendencies of young adults can affect the next generation’s perception of moving up the ladder, which may ultimately limit social advancement.

It is important to narrow economic, social, and cultural gaps in order to resolve social inequality.