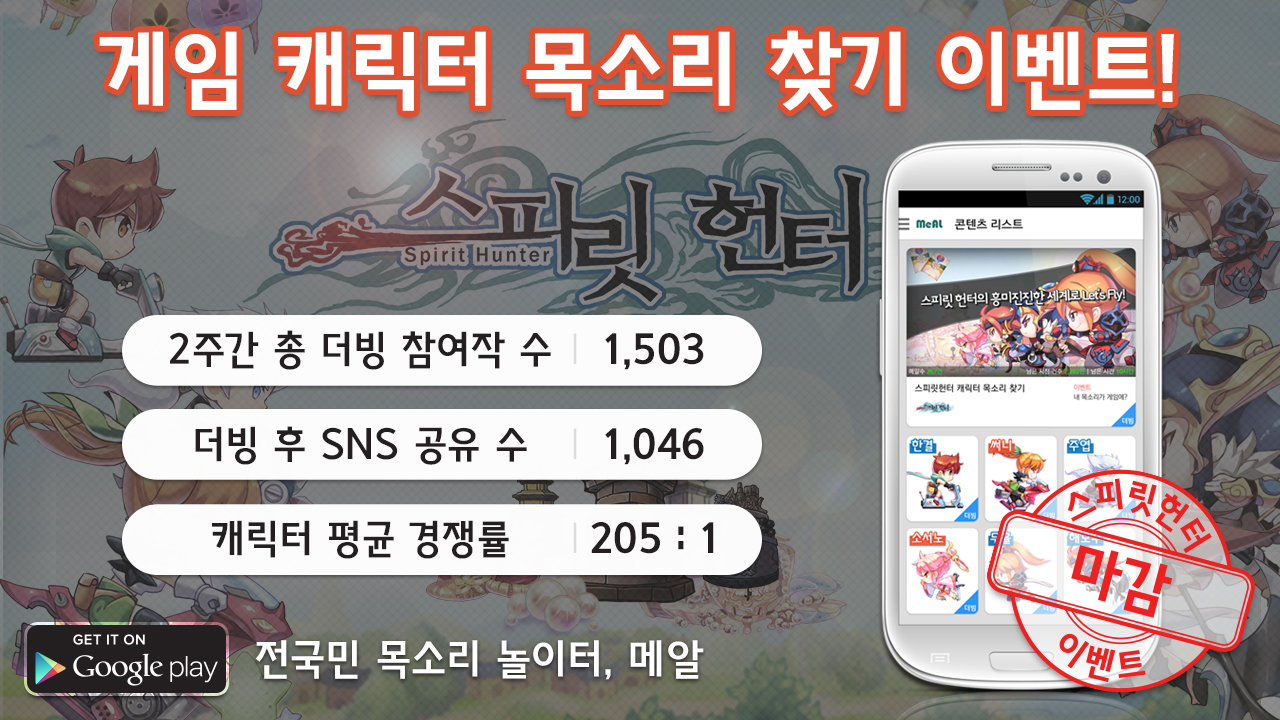 SEOUL, July 11 (Korea Bizwire) – Race is on among the mobile game makers to come up with more effective and creative marketing campaigns, aimed at winning over the prospective users even before games are officially released.

And 4:33, developer of an action RPG “Blade,” has appointed famous baseball play-by-play broadcaster Kong Seo-young to maximize the promotional effects. The game maker is staging an all-out marketing blitz with Kong being the brand ambassador using various advertising platforms including TV, bus and subway commercials.

In the age of social media, however, effective marketing techniques should combine traditional methods with modern strategies to engage consumers, and in this regard, a marketing tactic unveiled by a start-up company is drawing the attention of mobile game enthusiasts.

Nice Experience, a start-up, in its joint marketing with MeAl, content marketing platform, has held a mobile voice contest for its new character shooting game “Spirit Hunter.” The company said it wants to find out suitable candidates to dub the voices of the six game characters.

The participants could convey their voices using the mobile app arranged for the event and the contest has already heard 1,503 users’ voices and seen more than 1,000 hits of SNS sharing. For each of the six characters, the average competition rate recorded 208 to 1, scoring favorable results in light of publicizing the game even though the game has yet officially released.

You In-hyeong, president of Nice Experience, said, “Through the event searching for the voices of the characters of the game, we could not only find the suitable voices for the characters but, could get viral effects even before the official roll-out of the game. Moreover, the sense of camaraderie generated from the direct participation of the users cannot be expected in any other marketing strategies.”

The game will be officially released in August after the dubbing process of the contest winners.