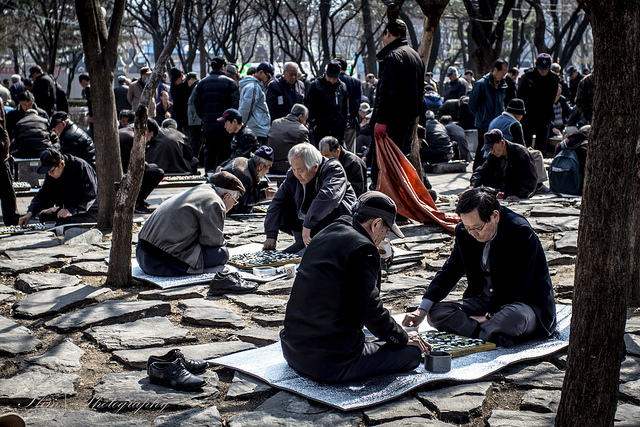 If they agree to the secretive deal, which happens often as many of the elderly men are widowers and have no place to satisfy their sexual desires, they go to a nearby inn or motel and do their business. (image: Terence Lim/flickr)

SEOUL, July 2 (Korea Bizwire) – At Tapgol Park (Pagoda Park) and Jongmyo Park in downtown Seoul, there are special women selling Bacchus drinks to elderly men. They approach men who spend their time at the parks playing chess or other games, and urge them to buy the energy drink.

However, what they’re really selling is not the drink, but sex. If they agree to the secretive deal, which happens often as many of the elderly men are widowers and have no place to satisfy their sexual desires, they go to a nearby inn or motel and do their business.

On June 1, Hyehwa Police Station, whose jurisdiction includes the parks, announced that it had exposed 37 prostitutes who were selling sex, and forwarded their cases to the prosecutors’ office. According to the police, most of the prostitutes were in their 60s, but there were some in their 70s and even 80s.

The elderly women were usually paid 10,000 to 20,000 won for each sexual encounter. Most have been punished by the police for prostitution in the past, but they returned to the park to make money.

A police officer said, “They are old and illiterate, so it is hard for them to get another job. They are not healthy due to old age, and they cannot help but sell their bodies.”

“We have been trying to encourage them to not prostitute themselves, but they come back again and again. As they have no other source of income, it will be hard to root out the practice without improvements to social systems to help solve their poverty,” he added.