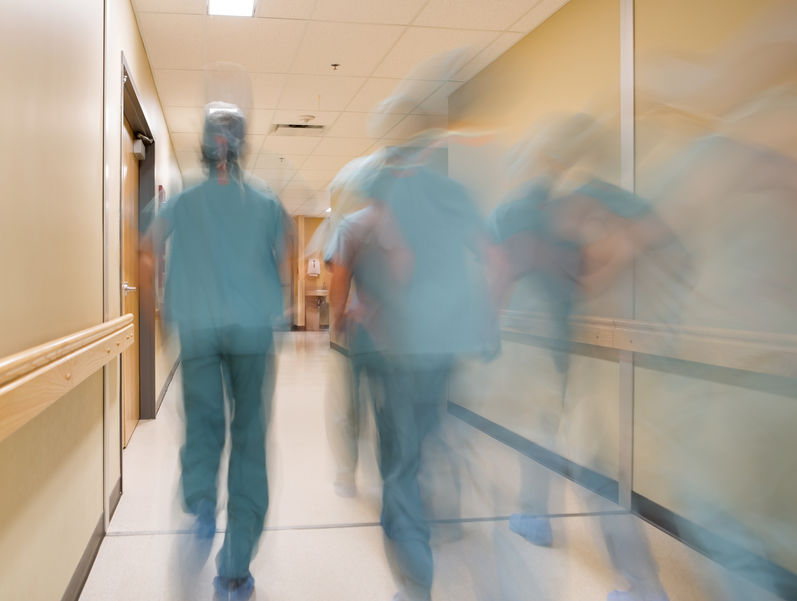 Hectic working conditions are still common for doctors, even with the implementation of the government’s ’52-hour work week’ policy.(image: Korea Bizwire)

Everyone knows that overwork can become a cause of all illnesses when accumulated. However, the concept of overwork in South Korea is quite relative and varies with one’s occupation.

Depending on the job, people have different perceptions of what constitutes overwork. One of the typical examples of such perceptions is related to doctors and other medical professionals.

If we look closely at the daily life of a doctor, we can quickly realize how serious overwork is for them.

According to a recent survey, the average doctor starts work at 8:22 in the morning for 10 hours.

This means even if one hour of lunch time is excluded, the working hours for doctors exceed the recommended working hours – eight hours a day – by an hour and a half.

Hectic working conditions are still common for doctors, even with the implementation of the government’s ’52-hour work week’ policy.

This is because health services is classified as a special sector where the 52 working hours per week law is not applicable if labor-management agreements have been reached.

At best, doctors were able to secure 11 consecutive hours of break time, but even this stipulation is often impossible for emergency care or night care employees.

The problem is that overwork will not only affect a doctor’s health, but also has serious implications for patient safety.

Professors who belong to university hospitals usually go to work around 7 a.m. even though the hospital opens at 9 a.m., as most of the specialists hold academic gatherings before starting the day.

Furthermore, it is difficult to get off work after a shift wraps up as one has to check up on patients, complete research tasks or handle other administrative tasks.

The identified side effects of a doctor’s overwork are significant. Doctors who receive night calls from emergency rooms experience a lack of concentration and memory, and those who do not sleep well make more errors.

In addition, driving tests using a driving simulator showed poor driving stability in many doctors. Studies show that doctors who are called in at night have the same or lower driving ability as a drunk driver.

This eventually affects patient safety. Those who underwent surgery with overworked doctors had 45 percent more complications.

In addition, doctors who worked long shifts made errors in prescribing medication.

Overworked doctors and the side effects are nothing new. It’s important to limit working hours for medical safety and for the sake of a doctor’s own safety.

The government should supervise medical institutions in compliance with labor acts. Patients and their guardians should understand the working conditions of doctors.