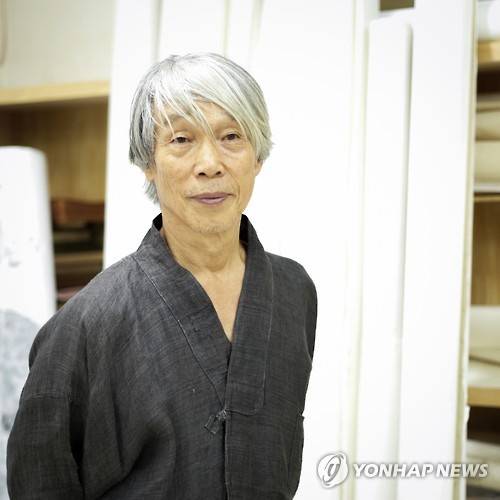 Park Dae-sung, master of Korean painting, donated 830 pieces of his art as well as belongings to open the Gyeongju Solgeo Museum of Art. (image: Yonhap)

Park Dae-sung, master of Korean painting, donated 830 pieces of his art as well as belongings to open the Gyeongju Solgeo Museum of Art.

The Solgeo Museum of Art will consist of two parts, the Park Dae-sung exhibit and a special exhibit.

Park was once upset at the change, but changed his mind and donated more pieces than he first promised. “At first I was angry that the name of the gallery was changed. I thought of withdrawing my promise to donate my artwork. But in the end I decided to keep my promise.”

Born on Chungdo Island, Park was self-taught. “I once drew a picture after looking at a folding screen used at a family event. Ever since my brother and relatives told me I had a gift in painting, I never let go of this brush.”

As a child, Park lost his parents as well as his left arm during the Korean War. But many people remember him as a master of Korean paintings instead of a handicapped artist. His unique style in expressing traditional material is highly praised not only in Korea, but also in Taiwan, Japan, Germany, France, Turkey, America and China.

The artist says that he will continue painting. “I am proud to continue traditional Korean painting while western culture dominates the world. I was drawing until midnight yesterday, and I will continue drawing and painting in the future as well.”