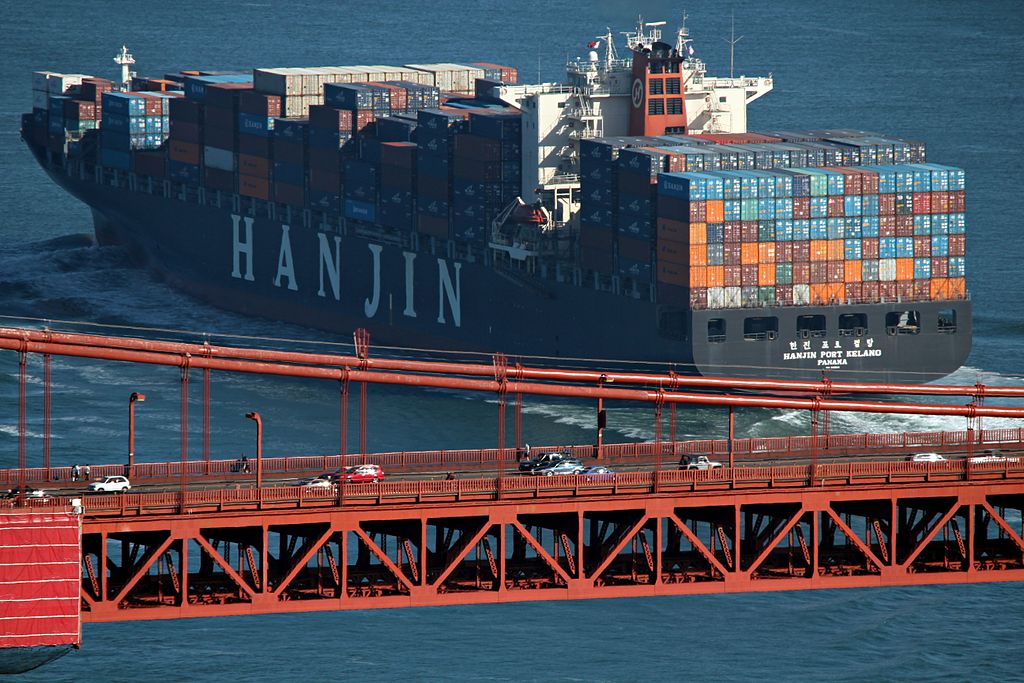 Hanjin Shipping has been striving to cut its chartered rates and extend maturity of debts in the face of its worsening financial health stemming from a continued fall in freight rates. (image: Wikimedia)

A creditor-led restructuring scheme for the largest South Korean shipper is set to end Sept. 4, which means the Hanjin Group company will be left with little choice but to file for receivership before the deadline.’

The creditors, led by the state-run Korea Development Bank (KDB), have been ratcheting up pressure on the world’s eighth-largest shipping line to roll out stronger self-rescue plans with a threat to put it under receivership.

But Hanjin Shipping’s latest restructuring scheme centered on an infusion of 400 billion won (US$357 million) from its largest shareholder, Korean Air Lines, fell short of the demands of creditors, which have asked for at least 600 billion won.

Hanjin Shipping has been striving to cut its chartered rates and extend maturity of debts in the face of its worsening financial health stemming from a continued fall in freight rates.

The shipper said early this week that some foreign financial institutions had agreed to extend the maturity of its debt, which would ease its financial strain.

Meanwhile, local banks’ credit exposure to the cash-strapped Hanjin Shipping is estimated at 1.02 trillion won, but they have already set aside sufficient provisions against the loans.

The KDB, KEB-Hana Bank and other banks extended a total of 1.02 trillion won to the country’s No. 1 shipper.

The outstanding amount of bonds sold by Hanjin Shipping reached 1.2 trillion won as of end-June. Bondholders, mostly institutional investors, will face a huge loss if the shipper is put under receivership, industry watchers said.

But about half of the bonds are held by the Korea Credit Guarantee Fund, a state-run credit guarantee agency.