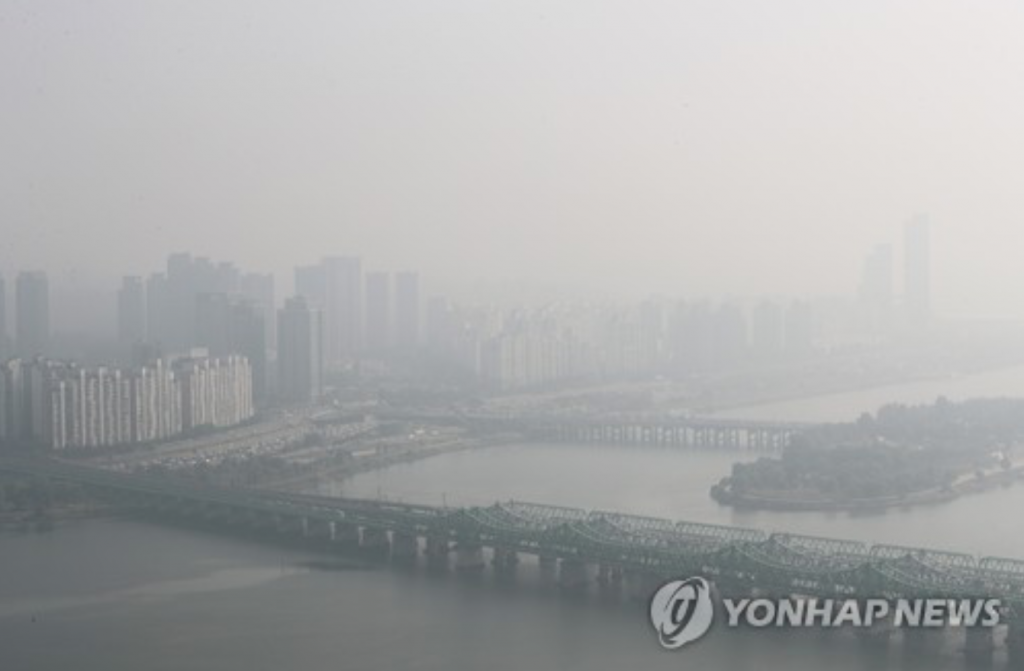 Seoul’s sky seen from Yeoido, in the western part of the capital city, is hazy from fine dust on Oct. 20, 2016. (image: Yonhap)

SEOUL, Nov. 11 (Korea Bizwire) – The South Korean government said Friday that it plans to develop the technology to cut fine dust particle levels in the air by 50 percent by 2023.

The Ministry of Science, ICT and Future Planning released a plan as dust particles have become a source of major health concern.

The first step is aimed at securing background information and finding cause to develop the needed technology.

Then, the government will mobilize all national R&D capability on resolving the problem to secure the technology.

In the last step. the government plans to export the developed technology to the global market by 2023.

Fine dust refers to particles that are smaller than 10 micrometers and have been known to cause various respiratory problems while also affecting the body’s immune system.

The government has been trying to deal with fine dust more effectively in recent years as people have become more conscious of public health.

Authorities and experts here say some particles seem to originate from China and others are apparently emitted by vehicles and coal-fired power plants at home. There could be various other factors as well but no exact data is available yet.