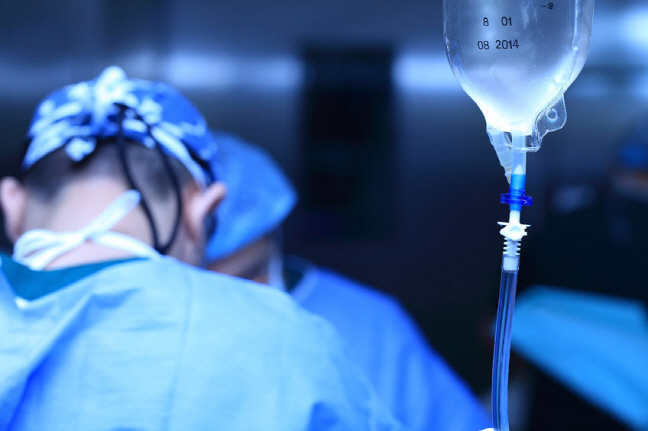 GWANGJU, May 31 (Korea Bizwire) — The Korea Photonics Technology Institute said Monday it has developed a free-space augmented reality (AR) system that allows examination of the exact location and shape of breast cancer tissue through the naked eye, without using separate AR glasses or other supplementary devices.

The technology, developed jointly by the institute, local AR developer Apros Corp. and the National Cancer Center, uses a miniature light projection device to project a video of the breast cancer collected via a camera on the affected area for surgeons.

The near-infrared fluorescence probe video system normally used for breast cancer surgery doesn’t allow surgeons to view the wavelength of the light generated from the fluorescent contrast agent with the naked eye, requiring the use of a separate monitor that employs a dedicated camera for the surgery.

The new system reflects the real-time changes in the location of the breast cancer cells caused by the flexibility of human tissue, and projects the video directly on the afffected area to help with the surgeon’s concentration, reducing the time spent on the surgery.

The new technology has successfully gone through performance checks using breast cancer models created by the National Cancer Center and animal testing, with medical certification and clinical tests planned for the near future.