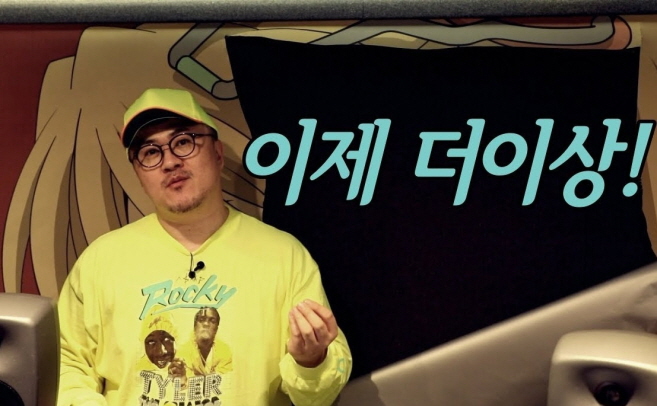 Defconn posted a YouTube video in which he tore down posters of Evangelion characters that were hanging in his room.

“I’m thinking of renovating my room, you know, to celebrate the coming of autumn,” he said. “Man, I spent a lot of money on this already.”

“Why did he have to say that. If he just managed to stay quiet, then I still might’ve liked him,” he added. “I don’t think I will be buying anymore Evangelion.”

The video seems to have been posted in protest against recent remarks made by Japanese animator Yoshiyuki Sadamoto, who created “Neon Genesis Evangelion.”

On August 9, Sadamoto posted controversial remarks on social networks insulting the statue of a girl built to remember South Korean women who were forcefully taken away by the Japanese to work as sex slaves.

The animator’s remarks sparked massive outrage among South Korean fans, who are now calling for a boycott of his works.