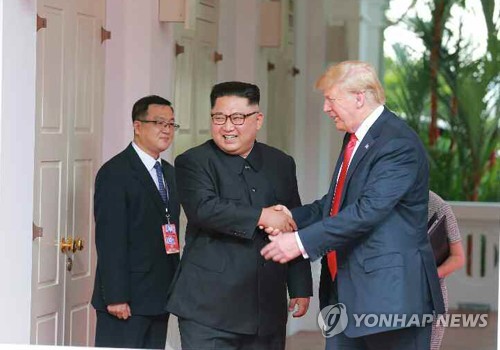 SEOUL, Jun. 14 (Korea Bizwire) — Samsung Securities forecasts that a new era of “CVIP” will begin in the Korean Peninsula.

The company also forecasted that the North Korean city of Wonsan will become a landmark symbolizing the economic opening of North Korea in the future.

In a report issued by Samsung Securities’ newly established research team on North Korea investment, the company stated that there were many skeptics about the meeting between North Korea and the U.S., but the results of the Singapore summit will serve as a turning point in history.

“A new period of CVIP will dawn upon us,” said the report.

The North Korea investment team at Samsung Securities was founded on June 7 with the purpose of specializing only in investment prospects in the reclusive nation.

The new report is the first to be issued after the team’s establishment.

Samsung Securities also stated that South Korea’s role in reconstructing North Korea would be important, while warning of difficulties in the process.

“The reconstruction effort will bring about disputes in terms of funding,” said the report.

In response to the expected controversy, Samsung Securities proposed a gradual conversion of the economy rather than a sudden absorption of North Korea’s economy by South Korea.

The long-term approach would also be less costly but more efficient.

Wonsan, the hometown of Kim Jong-un, is a likely candidate as a special economic zone.

“Wonsan is very close to a treasure cove of natural resources, and is attractive as a trading port,” said the report.