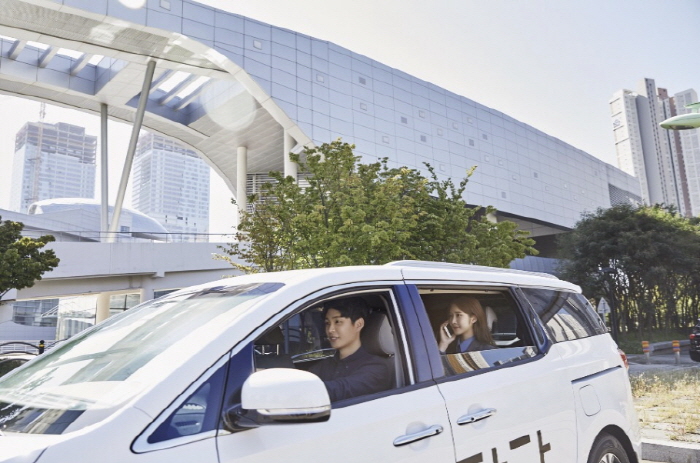 Unlike Kakao Mobility or Uber Korea that have already been operating luxury cab services, ‘Tada Premium’ is VCNC’s first luxury cab hailing service and is aimed for launch this month. (image: Tada)

SEOUL, Apr. 24 (Korea Bizwire) — A dispute has flared up between the Seoul Metropolitan Government and Tada, a South Korean luxury cab-hailing service, as the company strongly went against the city’s demand to pay deposit.

Kakao Mobility (Kakao Black), Uber Korea (Uber Black), and VCNC, the company in charge of the Tada brand, are currently negotiating terms of agreement with Seoul that involve imposing limitations on raising the commission rate, and prohibiting the use of multiple hailing receivers.

In a recent draft of the agreement, a new provision was included asking the companies to pay a certain percentage of fees to Korea Smart Card as a security deposit to carry out the terms listed in the agreement.

If the companies violate the terms, certain penalties will be deducted from the deposit.

Seoul reportedly asked VCNC to pay 10 million won (US$8,700) per taxi, while demanding less from other participants.

The city government has been demanding the conclusion of the agreement as a condition to issue high-end taxi licenses for the companies.

Seoul’s demands have been particularly troubling for VCNC.

Unlike Kakao Mobility or Uber Korea that have already been operating luxury cab services, ‘Tada Premium’ is VCNC’s first luxury cab-hailing service and is aimed for launch this month.

The initial plan was to start with 100 cabs in Seoul, and expand to 1,000 cabs across the country before the end of the year.

Now, however, VCNC is concerned that a change of course may be inevitable if the company is to accept Seoul’s demands.

The issue at hand is that there are no legal grounds to restrict the operation of luxury taxis. As long as companies acquire a license, luxury taxis can set their prices freely for operation.

This has now become the basis of VCNC’s protest against Seoul’s demands.

“Demanding payments without any legal grounds is an abuse of authority, and restrictions based on no legislation is a crime,” said Yeo Seon-woong from Socar, VCNC’s parent company.

Despite the fact that there is no legal basis, Seoul said that deposit is essential for the security of the service, explaining that once Tada takes control of the market by injecting 1,000 luxury cabs, which easily surpasses the average number of luxury taxis currently in operation, the city, without the deposit, will be deprived of any means to control Tada if it raises commission rates exponentially.

A backlash from the commercial taxi industry is also likely.

“We are currently negotiating on the amount of the deposit,” said city officials. “We will do our best to reflect the needs of the companies in the terms of the agreement.”