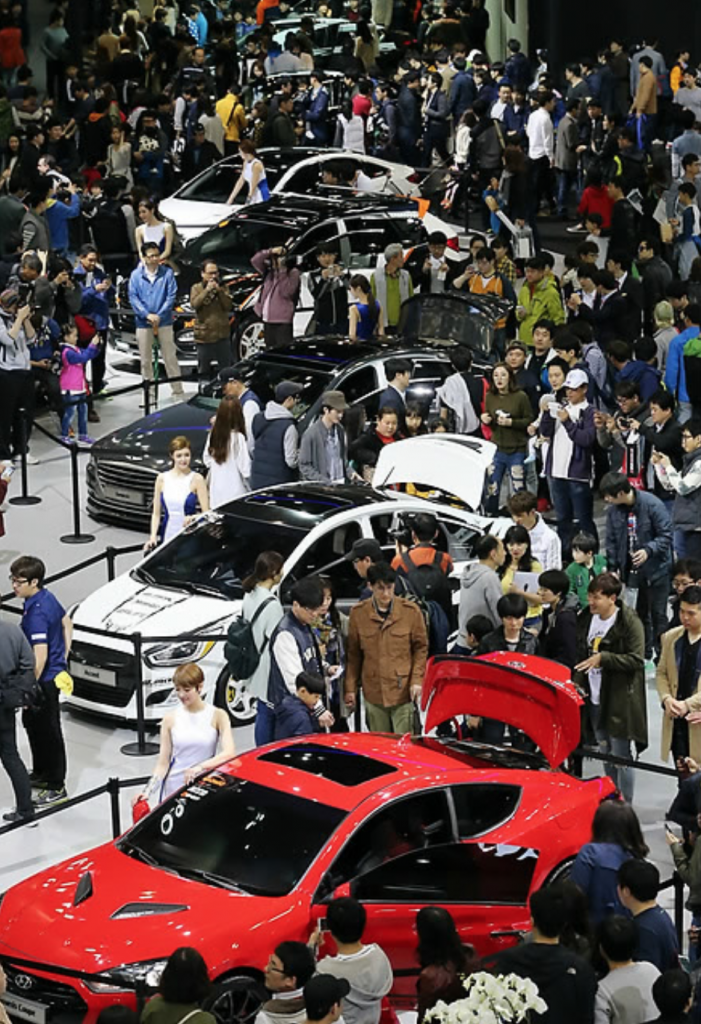 SEOUL, Feb. 22 (Korea Bizwire) – Korea’s largest automotive event, the Seoul Motor Show, will run from March 31 to April 9, but is likely to be a disappointment for the legions of local car fanatics.

According to the organizing committee, nine local and 18 overseas car brands will participate in this year’s show, which is six overseas brands short compared to the 2015 Seoul Motor Show. The number of vehicles to be showcased will also fall from some 350 to 300.

Surprisingly, Tesla, which is expected to launch its Korean sales operations in May, is not participating, while Audi and Volkswagen are still reeling from the aftermath of their emissions scandal, and will also be absent. Volvo, Fiat Chrysler, and Lamborghini (which took part in last year’s festival) are also missing on the list of participants.

Generally, carmakers make their participation decision after careful deliberation of the promotional benefits and the cost of partaking in a motor show. Given the prevalence of online marketing tools in recent years, however, company attitudes have grown somewhat lukewarm to smaller events, and car execs tend to place a greater priority on major car shows.

This trend seems to have affected Korea, which has China’s turbocharged automotive market just next door.

In fact, sources have said that Volvo told the organizing committee that it will “only participate in one motor show for each continent (which will be China) in accordance with company guidelines.”

Nonetheless, there will be new introductions this year that are likely to impress at least some of the visitors.

South Korean IT giant Naver is introducing a prototype self-driving vehicle, which was just issued a test-drive license, while ecommerce companies including Auction, which sold Chevrolet vehicles online for the first time last year, will also be present to highlight the evolution in vehicle sales.

Officials added that apart from carmakers, the number of companies participating in the show is expected to increase from 124 in 2015 to 167, and visitors will have the chance to try out the latest eco-friendly vehicles, including EVs and plug-in hybrids.