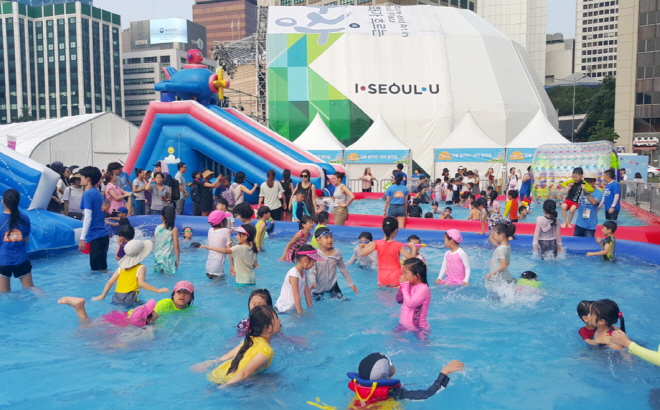 SEOUL, Jul. 23 (Korea Bizwire) — A “rain festival” for kids is scheduled to be held at Seoul Plaza this weekend, bringing joy to young children who have been suffering from the scorching heat.

The Seoul Metropolitan Government revealed today that it was holding the 3rd Rain Fiesta between July 26 and 28 in central Seoul, featuring water rides, movies and concerts for fun-seeking school-age vacationers.

The “rain playground,” one of the main attractions of the festival, caters to schoolchildren on summer break, featuring large pools containing rain water.

Two pools will be operated in the west section of Seoul Plaza between 10 a.m. and 6 p.m. during the festival.

In addition to the two swimming pools, two water slides, a changing room and lounge can be enjoyed by children from all over the nation. Access is limited to chilodren between the ages of 5 and 12 measuring under 1.3 meters in height.

The “rain experience program” borne from ideas submitted by citizens will be featured throughout Seoul Plaza.

Six experience programs such as curling in the rain, soccer in the rain, and photo taking sessions will be available for all young participants.

“Rain school” is a new program that is making its debut at this year’s event. The program allows school students to express Seoul’s water policy in artistic form. 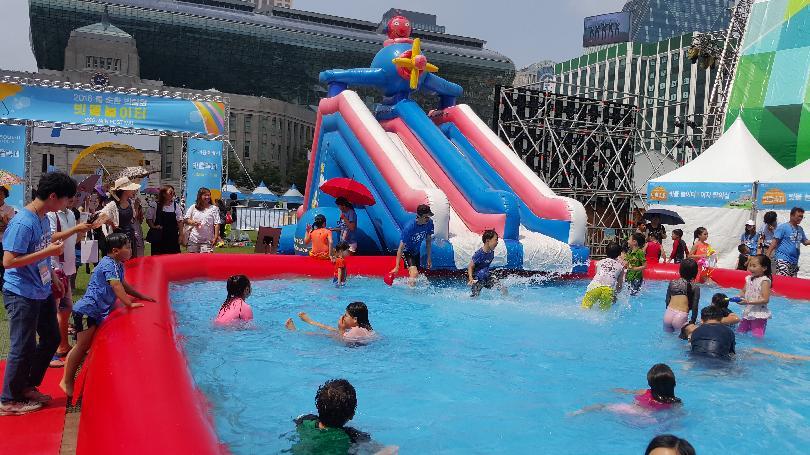 Twenty students each in the categories of art, Korean traditional music, story books, magic and dance will participate in educational classes lasting three days. On the last day, the students will present what they have learned to the rest of the audience.

The “rain film festival” will screen various movies as part of the three-day event. On the first day, the animation “Ploey” will be screened on July 26 at 8 p.m. followed by the film “Begin Again” the next day at the same time.

On July 28, a “rain concert” will be held at 8 p.m. featuring the rock band Romantic Punch and solo artist Heize, among other artists. 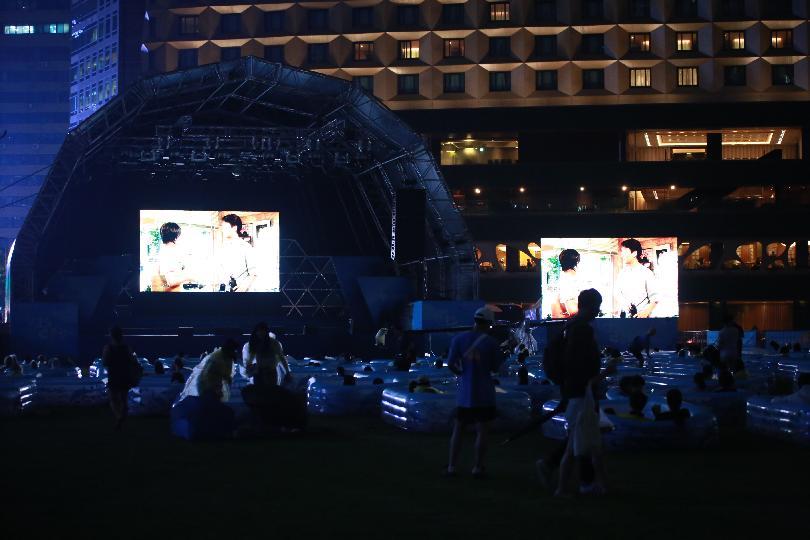