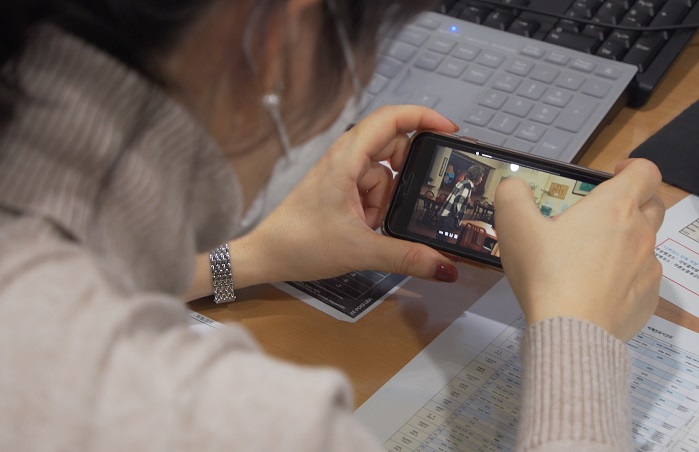 Watching videos from smartphones was more of a strain on the eyes than using a tablet. (Yonhap)

SEOUL, Feb. 1 (Korea Bizwire) — The use of smartphones, tablets, and other smart devices undermine our eyes’ ability to focus and exacerbate eye fatigue.

A research team from Chung-ang University Hospital invited 46 healthy adults without any eye treatment records to participate in an experiment on how the use of smartphones and tablets affects one’s eyes and level of fatigue.

The participants were asked to watch a documentary film for one hour, once with smartphones, and on a tablet on a different day.

The results revealed that all participants showed higher levels of near point accommodation and convergence in the eye from watching a video with both devices, indicating a sign of eye fatigue.

If eye fatigue continues, eyesight blurs, and it can cause headaches in serious cases

Watching videos from smartphones was more of a strain on the eyes than using a tablet.

Eye pressure rose temporarily after using a smartphone. The tear films were spent much faster, heightening the risk of dry eye syndrome.

“We were able to observe a disorder in the eye’s ability to focus in a relatively short time span of watching a video for one hour. Using a smartphone resulted in more severe eye fatigue,” said Moon Nam-ju, a professor of ophthalmology at Chung-ang University Hospital who led the study.