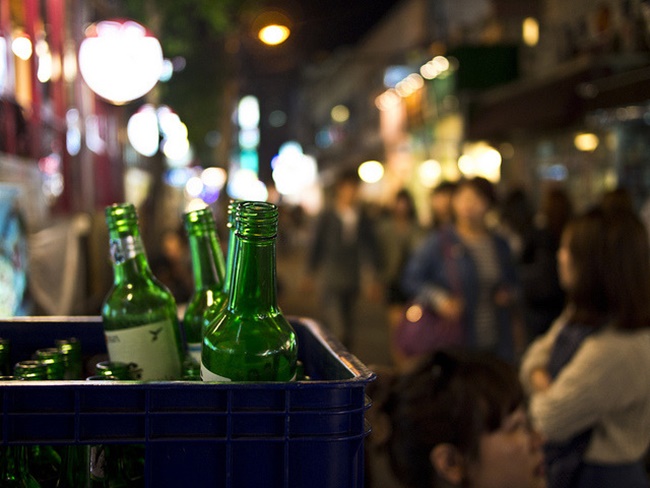 Findings show South Koreans in their 20s on average drank 5.8 glasses of soju, four glasses of beer, 4.2 glasses of somaek – a mixture of soju and beer – and 1.7 glasses of wine, amounting to 15.7 glasses of various alcohol drinks every month. (Image: mardruck)

SEOUL, Nov. 21 (Korea Bizwire) – Those in their 20s drink more than any other age group in South Korea, a new report has revealed.

The report by professor of health management Son Ae-ri at Sahmyook University discovered that among all age groups except those over 50, South Koreans in their 20s consumed the most alcohol, and were also most likely to experience memory blackouts due to excessive drinking.

Findings show South Koreans in their 20s on average drank 5.8 glasses of soju, four glasses of beer, 4.2 glasses of somaek – a mixture of soju and beer – and 1.7 glasses of wine, amounting to 15.7 glasses of various alcohol drinks every month.

Older Koreans in their 40s and 50s drank an average of 13.8 glasses and 13.2 glasses of alcohol beverages, respectively.

South Koreans in their 20s were also more likely to go for a second and third round of drinking than any other age group, with only 16.5 percent saying they only frequented one established during a normal night of drinking.

In the mean time, 3 in 10 people aged between 20 and 29 said going drinking typically involves at least three different venues.

In contrast, those in their 50s said their drinking ends after the first round, with only 6 percent enjoying barhopping between more than three venues.

The reasons for drinking varied, with young people doing so to release stress and other personal reasons and nearly 7 in 8 people in their 20s using drinking as a ‘stress relief’, drawing a stark contrast with their seniors who drink mainly to confess in other people.

Professor Son explained that reasons for drinking have changed due to social issues, which have hit younger people the hardest.

“In the past, the South Korean public used drinking as a means of communication in society, but younger generations nowadays are drinking for additional reasons that are personal.

“It’s not entirely irrelevant that young people are getting stressed out from having a hard time getting a job or handling an unreasonable workload,” Son said.

The report is based on a survey conducted by a research firm at the request of professor Son, with a sample of 1,145 respondents, among which 731 were men and 454 or women.