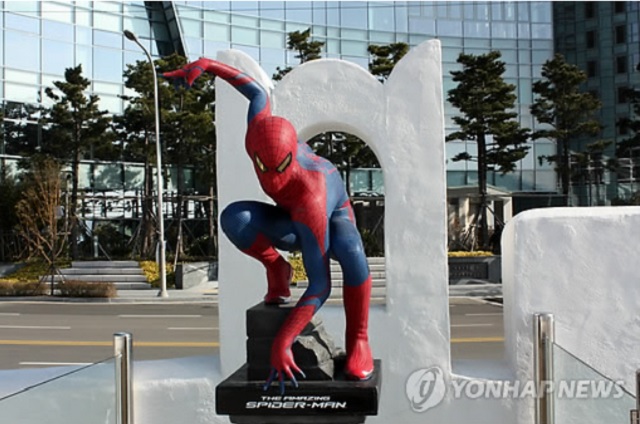 Busan, Korea, Jan. 21 (Korea Bizwire) — A Spider Man statue has been added to the ‘Street of Cinema’ in Marine City, Busan‘s upscale township in the Haeundae district. The statue is one of 500 that are permitted by Marvel Entertainment to be installed on streets around the world. The Street of Cinema is a movie characters-themed coastal road surrounding Marine City, and is a place where tourists can meet famous Korean and international movie characters.

Haeundae District announced on January 7 that the Street of Cinema was created along the 800 meter long and 1.2 meter high wall along the coast from the Park Hyatt Busan to the Adelis Apartments. 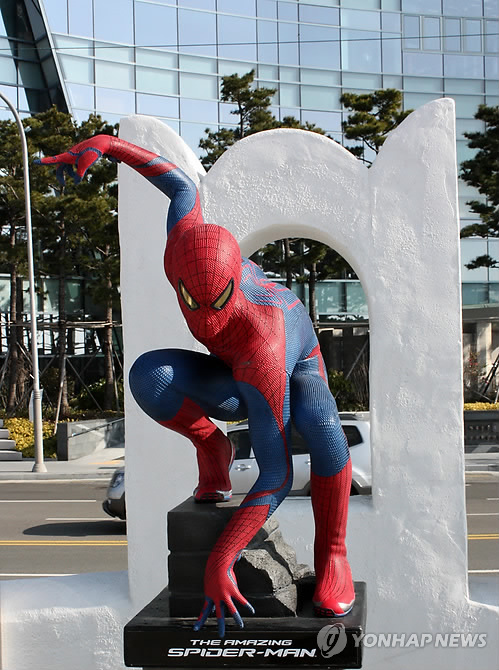 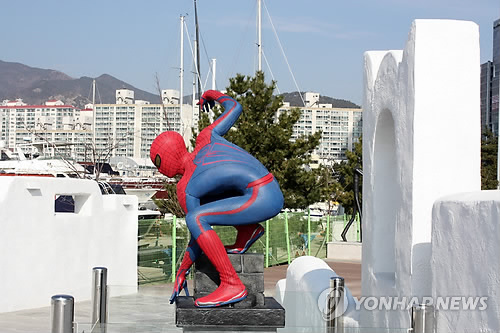