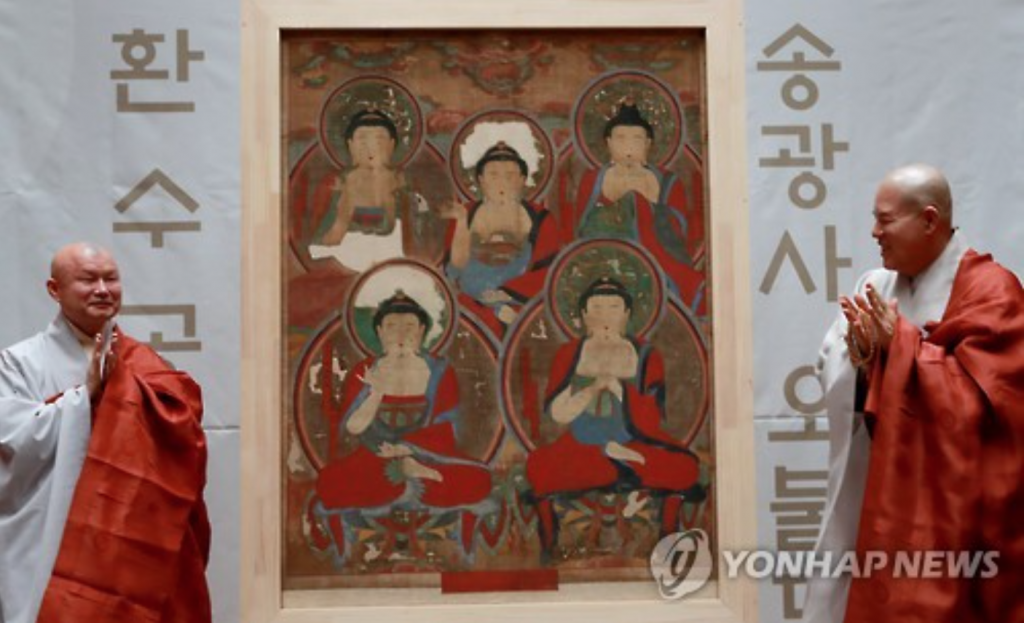 SEOUL, Dec. 14 (Korea Bizwire) – Obuldo, a depiction of Five Buddhas by 18-century Buddhist monk Uigyeom, was purchased by American artist and teacher Robert Mattielli for $10 at a Seoul antique shop in the early 1970s. What he didn’t know, however, was that it has been stolen from Songgwang Temple earlier in the 1970s.

Mattielli returned to the States in 1985, and donated the work to the Portland Art Museum in 2014.

The painting at the museum was later discovered by a Korean National Research Institute team that was conducting a survey of the U.S. museum’s Korean collection to publish a bilingual catalogue.

The Cultural Heritage Administration and the Jogye Order, a local representative order of Korean Buddhism, persuaded the museum and the owner to repatriate the work to its home country, a request to which both parties generously agreed.

A ceremony to reveal the painting was held Wednesday in Seoul by the Jogye Order, and representatives said they were lucky to have had such a smooth return of a cultural property, which is usually done through an auction process.

The original holder of Obuldo, Songgwang Temple, will exhibit the painting from January 30 to February 25. 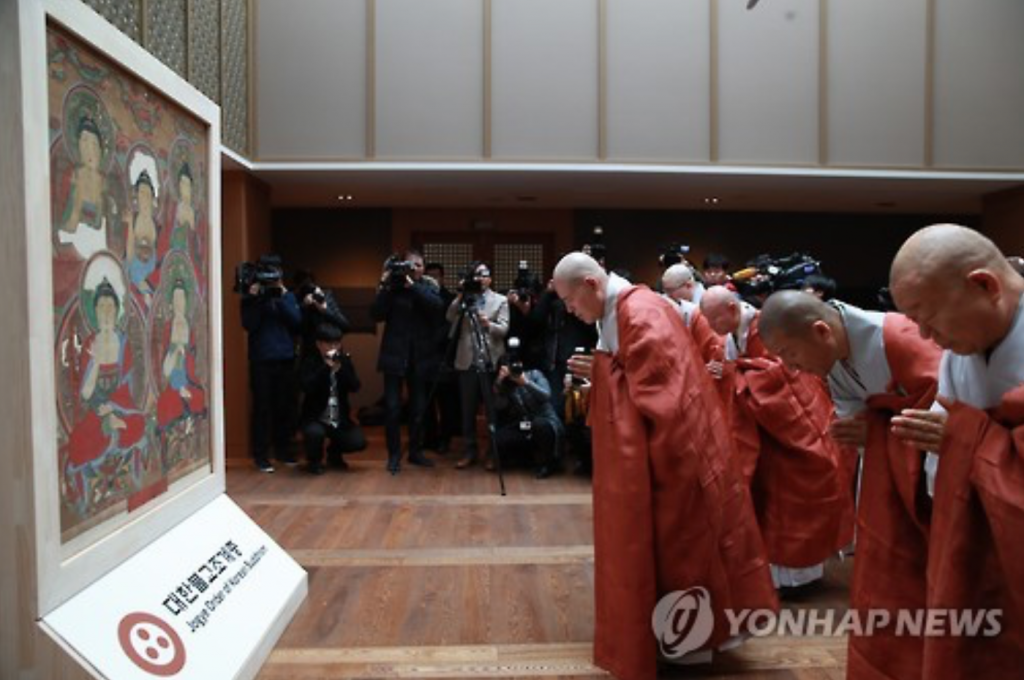 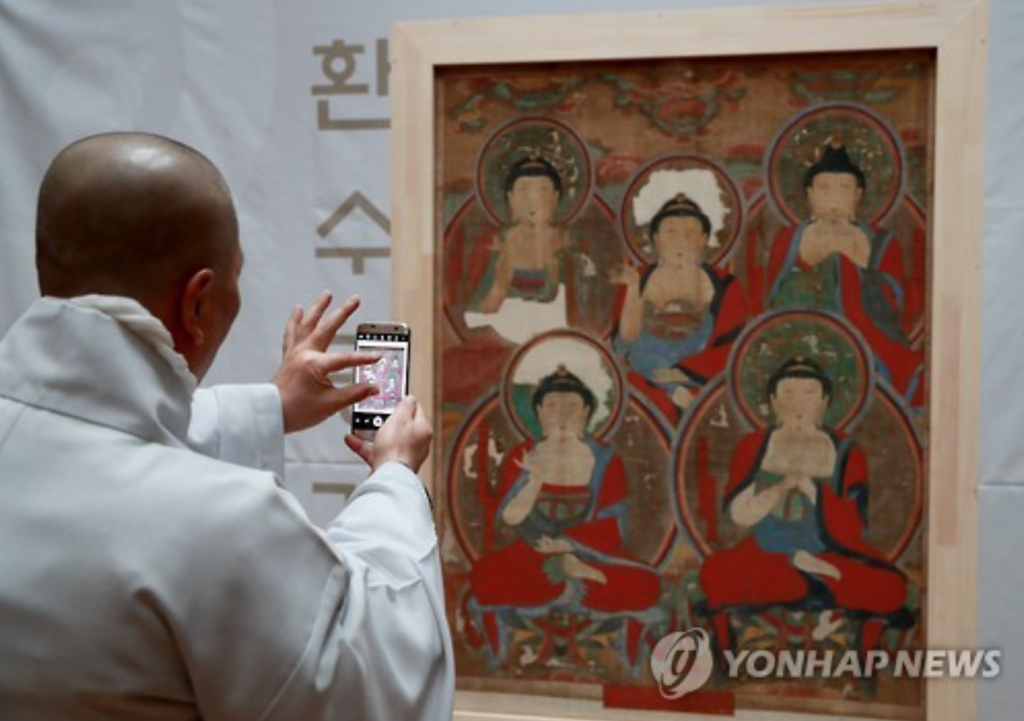