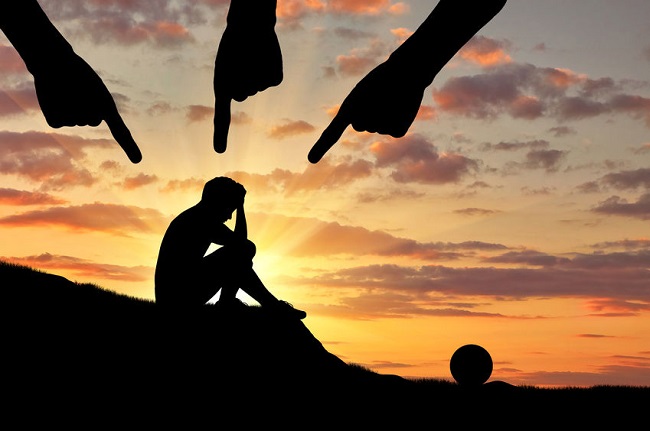 The category that included the largest number of responses was “immorality”. Some of the common opinions were “immoral person”, “someone who has done wrong to others”, “lacking in morality” or “lacking in social responsibility”. (Image:Kobiz Media)

SEOUL, Jul. 17 (Korea Bizwire) — A recent study on the general public’s opinion of suicide revealed that people who attempt suicide are considered to be “immoral”, “selfish”, and “having no filial piety”.

Despite the high suicide rates in South Korea, participation and use of mental health services is uncommon. Observers believe those who contemplate suicide avoid asking for help partly because of the stigma that comes with it.

Yesterday, the Korea Institute for Health and Social Affairs’ monthly academic journal “Health and Social Welfare Review” had an article devoted to suicide. The article listed seven different categories of biases that people held towards those who attempt suicide.

The category that included the largest number of responses was “immorality”. Some of the common opinions were “immoral person”, “someone who has done wrong to others”, “lacking in morality” or “lacking in social responsibility”.

The article stated that “based on the nature of the responses, it is apparent that to many Koreans, suicide is not a matter of victims requiring assistance, but an act that is viewed on the grounds of moral behavior”.

The article proposes that “for many Koreans, suicide is seen as an individual’s escape from the societal responsibilities of family and community, and thus the opinions expressed are highly colored by these ideas.”

Other opinions expressed a different perspective than the ones listed above, and were included in categories “personality traits” and “incompetence”. “Socially isolated”, “unable to get along with others” and “lacking in self-control” were also common responses in the study.

The researcher commented on the attitudes towards suicide, saying, “The World Health Organization (WHO) has called the labeling of those who attempt suicide as a major intervening factor in preventing suicide. The very first task at hand is to change the belief that suicide is related to a person’s intrinsic capabilities.”