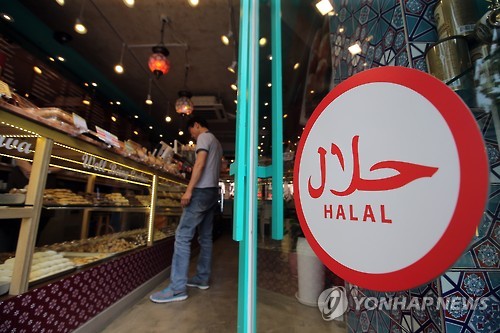 Halal is an Arabic word meaning “lawful” or “permitted.” Halal certificates are placed on food, drugs, cosmetics and other products that are prepared according to religious rules. (image: Yonhap)

Halal is an Arabic word meaning “lawful” or “permitted.” Halal certificates are placed on food, drugs, cosmetics and other products that are prepared according to religious rules. To obtain the certificates, one should go through several screening processes with certain certification agencies.

Busan police announced on July 29 that they had arrested three suspects who were allegedly charged with the violation of the Livestock Products Sanitary Control Act by distributing poultry products worth 100 million won that had falsified halal certification labels.

According to officials, the operator of an authorized livestock company distributed the chicken and duck meat with halal certificates provided by the other two who produced the fake labels.

In addition, police booked three other suspects for allegedly making and distributing fake halal ramen, in violation of the country’s Food Sanitation Act. They sold some 40 million won worth of ramen and soup powder using fake halal certification labels.

A police official said, “In the current situation where the number of Muslims residing in Korea and Muslim tourists visiting Korea keep increasing, these crimes can seriously harm the reputation of Korea, as halal food is important for their religious lives. We will keep cracking down on false halal food distribution.”